Kerala’s Malappuram district is home to the gorgeous town of Nilambur. All throughout the area, you will find natural waterfalls, rich greenery and rushing waterways. The Chaliyar River winds its way through the breathtaking landscape of the area, located in close proximity to the Nilgiri Hills.

Read on if you are thinking of taking a short trip to Nilambur. Let’s have a look at some of the most popular tourist destinations in Nilambur that you absolutely cannot miss during your time there.

In addition, these are some of the routes to get to this location:

By air: Kozhikode, which is 45 kilometres away from Nilambur, is home to the airport that is the closest one to the town. The airport in Kozhikode is served by regular flights from all of the main cities in the country. When you arrive at the airport, you may reserve a private cab to take you to the centre of Nilambur.

By train: Nilambur’s train station provides convenient access to the city from other important centres in Kerala, such as Palakkad, Cochin, Chennai, and others.

By road: Private taxis and public buses are two convenient modes of transportation for getting to Nilambur. After reaching Nilambur, passengers can board either privately owned or state-run buses coming from Thrissur or Cochin. 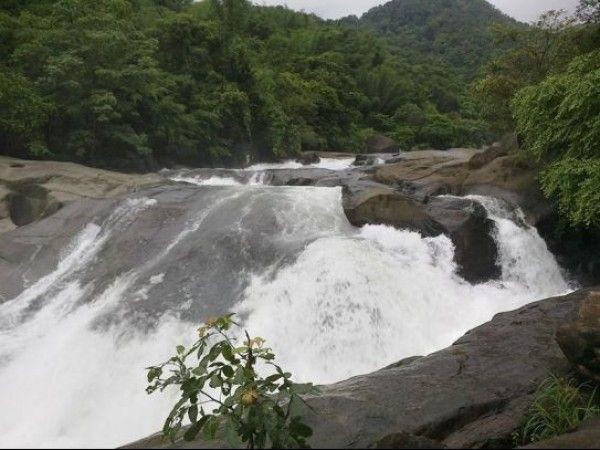 The beautiful Adyanpara Falls can be found in the vicinity of the community of Kumbalangad. It is possible to get there by travelling all along the roadway that connects Nilambur and Ooty and is situated around 12 kilometres away from Nilambur.

The most famous features of Adyanpara Falls are its picturesque backdrop, its thick flora, and the gigantic rocks over which it cascades. The waterfall, once reaching the bottom of its descent through the rocks, creates a tiny pool that serves as a popular destination for tourists. A refreshing plunge in the lake and the serene atmosphere that the location provides are both enjoyable activities for visitors.

This waterfall is said to have its origins in the well-known mountain chain of Vellarimala, and it flows for kilometres while passing through rocky terrain and thick woods on its way to the River Chaliyar. The Adyanpara Falls are endowed with waterways that never run dry and have a height of around 300 feet. This waterfall, encased in the evergreen forest on all sides, provides a picture-perfect vista and is an ideal location for day trips and picnics with the family. 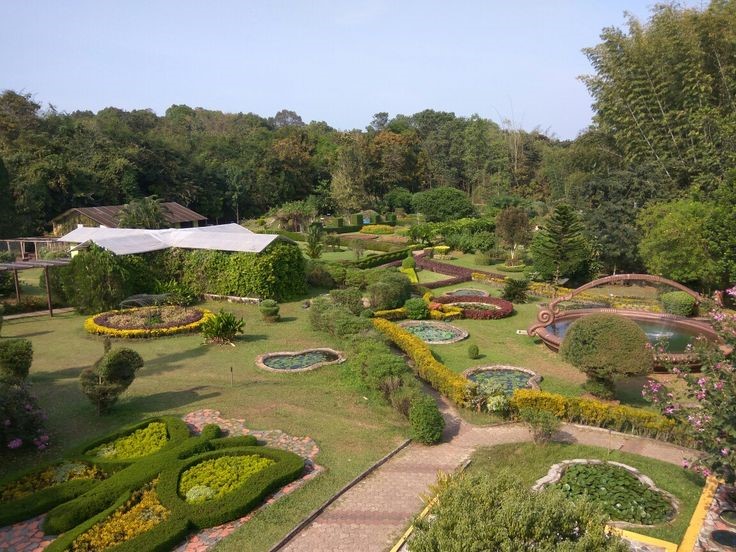 Tree-related artefacts and specimens are on display in the Teak Museum in Nilambur, which is located about four kilometres from the city centre. The moment you step into the museum, you are greeted with a teak tree structure over half a century old. Your understanding of nature and the many intriguing aspects that comprise it may significantly benefit from a trip to this museum, which is a fantastic resource in this regard.

The museum is constructed on two distinct levels, with the bottom floor housing an in-depth look into the Kannimara teak and providing access to the upper floors. This particular hardwood is the nation’s oldest naturally occurring variety of species. The teak bark, blossom, and fruit are all described in great depth at the museum, making it an interesting and enlightening excursion in addition to its educational value.

In addition to showcasing knowledge about this enormous tree, the museum is home to a significant collection of the many insect species, moths, and butterflies often discovered in teak forests. This museum offers an exceptional view of the inner workings of nature and is a veritable paradise for botanists. 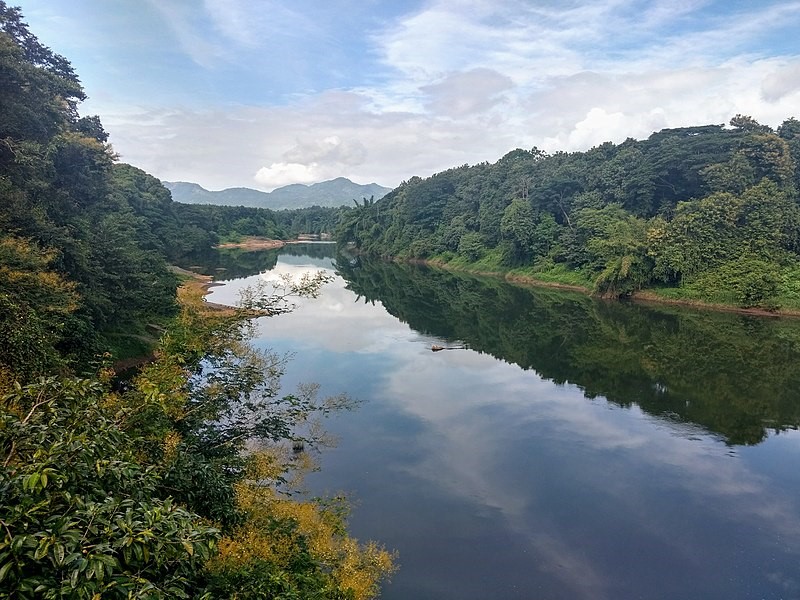 Elambalai Hill, on the boundary between Kerala and Tamil Nadu, is a well-known attraction for those who have a passion for animals and the natural world. The hill can be reached by road and is found in proximity to Nilambur. Elambalai Hill is perhaps most famous for being the location where the Chaliyar River first begins its course. The dense woodlands and hypnotising bamboo forests that encircle the hills provide a very spectacular sight for anybody who comes to have a look.

This place is perfect for anyone interested in seeing a broad range of animals. Both photographers and others interested in hiking will be captivated by Elembalai Hill’s picturesque charm and lush green carpets. It is the kind of place that is ideal for weekend excursions and picnics with the whole family.

See also: 15 hidden gems near Thrissur that are worth a visit 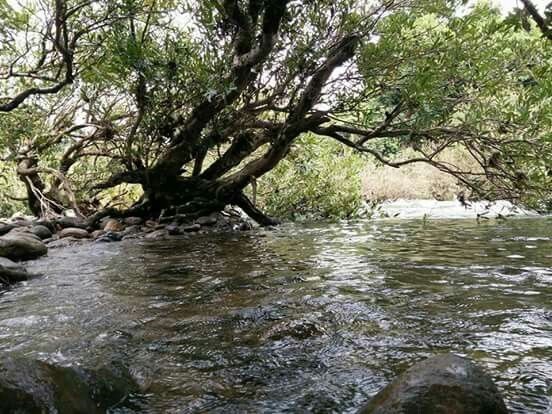 Nedumkayam is an expansive coverage of rainforest located around 18 kilometres from Nilambur. The surrounding forest has a quaint, old-fashioned air about it, and within its boundaries are a few wooden cottages built during the time of British colonial authority. In addition, this section of the forest is the habitat of the oldest known teak plantation, which dates back to the 1840s and covers a massive area that is around 2.3 hectares in size.

The location features lush deep green forested land, wonderful pure waterways, and an uncommon variety of plants and wildlife. These woods are home to a wide variety of creatures, the most notable of which are macaques, bison, tigers, and wild cats. The presence of elephants is one of the most notable aspects of this wild region, which is also home to an elephant training centre.

The British colonial-era rest house constructed in the woods is still in operation and offers a stunning view of deer and elephant feeding areas. Trails for mountaineering and climbing draw large crowds. The Kannimara Teak is a notable tourist hotspot located close to Nilambur. As a significant heritage site near Nilambur, Kannimara Teak ranks as one of the world’s biggest teak trees today. The tree’s circumference is 6.48 m, making it one of the largest in the world. Kannimara Teak’s peak height is calculated to be about 48.75 m, making it over 400 years old. The philosophies of the indigenous peoples of the area are heavily influenced by the tree, and there are many other legends about it.

‘Kanimara’ comes from the Malayalam words ‘Kani’ (meaning virgin) and ‘mara’ (meaning tree). The Parambikulam Wildlife Sanctuary, which is situated in the Palakkad district, is home to this stunning tree. The distance from Nilambur town to this sanctuary is roughly 80 kilometres via road. The title of “Mahavriksha Puraskar” was bestowed to this venerable specimen by the Indian government as a mark of respect. 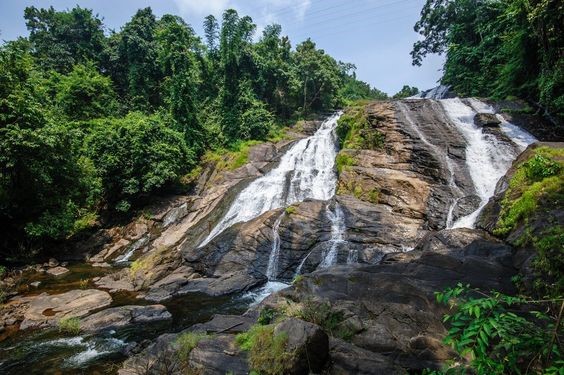 Vellamthode Falls is a year-round waterfall well-known for its stunning appearance. This well-known Nilambur tourist place to visit, and it is perched on a hill and provides a breathtaking panorama of the area around it.

It is possible to reach this location by road from Kozhikode by utilising the Areekode-Mukkam route. This area is located 27 kilometres away from Nilambur, inside a tribal settlement. 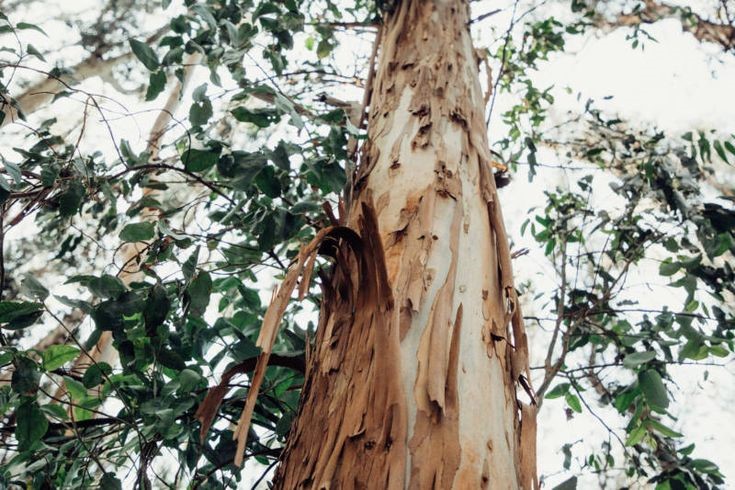 Those passionate about flora will discover a wealth of different plantations to explore at this location. The Kerala Forest Department created four regional forest nurseries around the state of Kerala in 1997, including one known as the Central Forest Nursery. Acacia, Teak, Eucalyptus, and other prominent plant species grow here.  Root trainer seedlings and Root cuttings are the primary forms of plant propagation used at this location for the mass production of these plants. 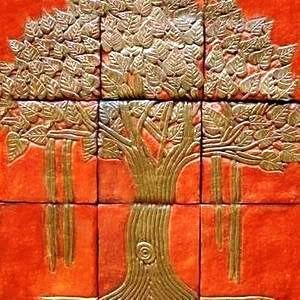 It is a little town close to Nilambur that became well-known in recent years due to the large number of potters who reside there. These villagers had almost completely lost interest in the ancient skills as a result of the advent of inexpensively manufactured equivalents. However, a modest campaign that was headed by several activists restored their optimism.

Kumbham was the result of their joint investigation into the use of terra-cotta in contemporary settings, which led to the discovery of its namesake material. Today, the village of Kumbham is being celebrated as a unique example of a historic artisan community that was able to rehabilitate itself via the same skill that it had been estranged from. Kilns owned by them have produced a wide variety of products over the last several decades, many of which are famous not only for their form but also for their function.

What makes Nilambur stand apart from other places?

Teak estates, extensive forests, one-of-a-kind fauna, clean watercourses, and an active colonial history are some of the things that make Nilambur, a prominent town. This town is in a very advantageous location, since it shares its boundaries with the districts of Calicut, Eranadu, Palakkad, and the Nilgiri Hills.

What are some of Nilambur’s signature dishes?

It serves some of the best Malabari cuisine, which is the most common kind of food found in this part of the world. In addition to restaurants selling seafood and meat, there are other eateries in this town that are strictly vegetarian and provide mouthwatering vegetarian specialities.

How long of a stay in Nilambur is recommended?

Nilambur is home to a variety of attractions, the likes of which are capable of occupying a tourist for two full days.

When would you recommend going to Nilambur?

December marks the beginning of winter, which often continues through February. It is when the weather in Nilambur is at its most comfortable, making it the greatest season to explore the area. During the daytime, temperatures may reach as much as 32 degrees Celsius, but at night, the temperature can suddenly plummet to as much as 16 degrees Celsius.

20 Places To Visit In India In July

Selling A House In Kentucky? – We Recommend You The Best Ally

How To Grow An Anthurium Plant And Take Care Of It