Top 15 places to visit in Raipur: Tourist places near Raipur

Visit Raipur, the capital of Chhattisgarh, and its natural, historical, wildlife, and tourist attractions. This location, one of India’s greatest industrial hubs, is home to six steel plants and six steel mills. Moreover, there are various places to visit in Raipur that make it worthwhile to see the city.

Raipur is home to several historic landmarks and old temples. In addition to historical and cultural attractions, Chhattisgarh’s capital city is home to numerous leisure and recreation amenities, including shopping centres, parks, hotels, restaurants, and cafes.

To make your trip more memorable, we have compiled a list of the top attractions in Raipur. Check out all the hot sites in the capital to make your trip to Chhattisgarh worthwhile.

How to reach Raipur?

By train: There are multiple ways you can reach Raipur. Raipur Railway Station is Raipur’s main railway station and serves Raipur and its surrounding areas. It is one of India’s oldest and busiest railway stations.

By air: If you want to reach Raipur by air, you can fly to the Swami Vivekananda International Airport. This airport is located 15 km from the city of Raipur.

By road: If you reside in Chattisgarh, then you can reach Raipur either by car, or local transport. Taxis, buses, and cars are easily accessible from any location to travel between the tourist destinations.

Top 15 Raipur tourist places: A guide for your visit to the city

Out of all the tourist places near Raipur, the serene Jatmai Temple exhibits the ideal fusion of serenity, nature, gastronomy, and culture. The Jatmai temple is situated amidst lush nature 85 kilometres from Raipur. This granite-built temple, dedicated to Jatmai, has stunning murals adorning the entrance.

This sacred location is filled with happiness and calm during the Navratri celebration and lit up with energy. The inner sanctum sanctorum also contains a stone idol. This temple’s main entrance is covered in murals that show mythological figures and is adorned with many towers.

How to reach: The closest airport and railway station are both in Raipur, which is located 77 kilometres and 85 kilometres, respectively, from the temple.

This garden, inaugurated by A.P.J. Abdul Kalam, draws tourists and residents because of its bright splendour. This garden, among the top tourist attractions in Raipur, attempts to protect biocultural richness.

Out of all the tourist places in Raipur, Purkhauti Muktangan has a position in the state’s ambitious VISION 2020 because it displays realistic figures of several tribal members performing as well as diverse folk art and other treasures. This location has developed into a top location for filming thanks to its exquisite architecture.

You can stroll around and take in the beauty of the garden at this entertaining and educational tourist destination. Additionally, it features miniature replicas of popular tourist destinations in Chhattisgarh State, including Karwadha, the Jagdalpur Forest, Chitrakote in Bastar, and Mata Danteshwari Temple.

Timings: 8 AM to 6 PM. It remains closed on Mondays. 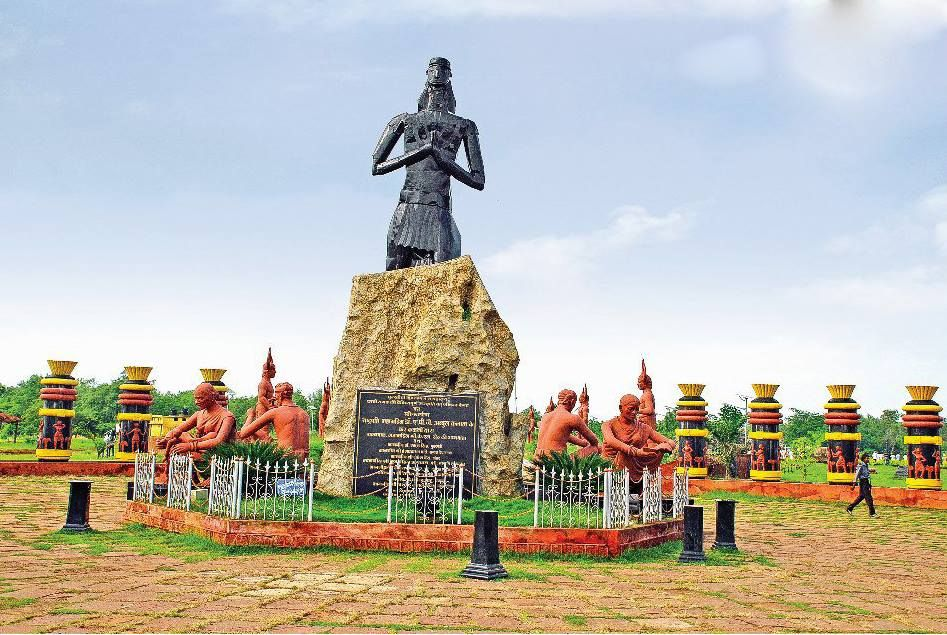 There are several places to visit in Raipur, making it impossible to see them all in one trip. Due to its tranquil atmosphere, Swami Vivekanand Sarovar deserves to be listed as the top attraction in Raipur. The well-known Burha Thalab (ancient lake) is surrounded by a number of beautiful green palm trees, and various food stands outside serve good, sanitary street food.

The atmosphere surrounding the Swami Vivekanand Sarovar is serene and buzzing with good energy. The peaceful setting, which is in the heart of the city, is ideal for picnics and excursions. You will be mesmerised by the evening’s view of the sunset. 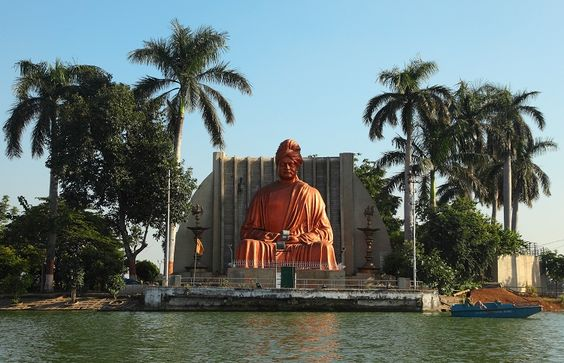 One of the popular tourist places near Raipur,  in the city, is the Nandan Van Zoo, which is situated in Naya Raipur. The zoo contains a large variety of wildlife, with one of its main goals being the protection and conservation of animals. It is an ideal place to spend the day with kids because it offers boat excursions and jungle safaris. Watching the animals explore the jungle is exciting, and it also exposes people to many species that are little known and in danger of going extinct. The zoo’s amenities are also welcoming and reasonably priced. 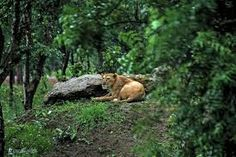 Anyone wishing to immerse oneself in limitless pleasure and enjoyment should visit MM Fun City. It is the biggest water park in Chhattisgarh, on the capital’s outskirts. Away from the bustling daily life, a peaceful and serene atmosphere has been created for the park. It is popular with guests with entertaining water slides, a restaurant, a family pool, a wave pool, a rain dance, and even a special kids’ zone. It is renowned for its thrilling rides, cutting-edge attractions, and top-notch service. 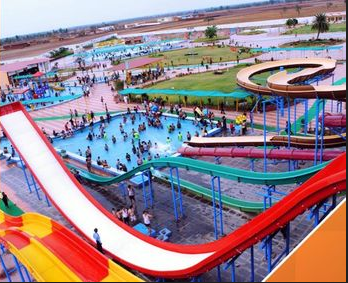 Champajhar was the previous name for Champaran. The Vallabh Sect’s founder, Sant Mahaprabhu Vallabhacharya, is thought to have been born in this village, making it both historically and religiously significant. Thus, it is a well-known Vaishnava Peeth. The Prakatya Baithakji Mandir and Mool Prakatya (also known as Chatti Baithak), two Shri Mahaprabhuji temples, are located in Champaran, which also hosts an annual festival. It is one of the best places to visit in Raipur. 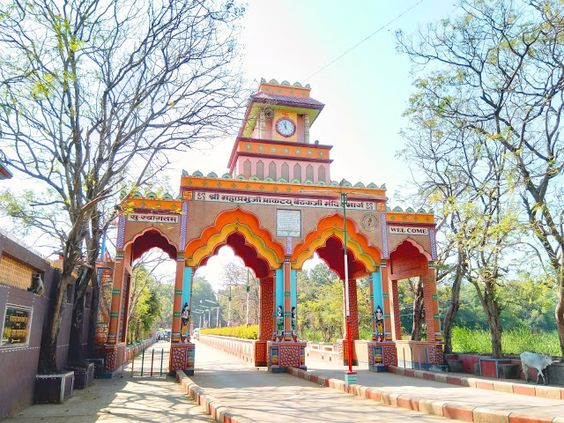 It is a true adventurer’s delight to hike through thick, impenetrable forests to the Ghatarani Waterfall. According to Raipur locals, the greatest time to visit these falls is between September and December, when the monsoon has contributed to its cascading waters. This area also houses the famed Jatmai Temple, a popular pilgrimage site. Even though a few stores here offer anything from juices and fruit snacks to Maggi noodles, you can still bring your picnic basket to the waterfall. 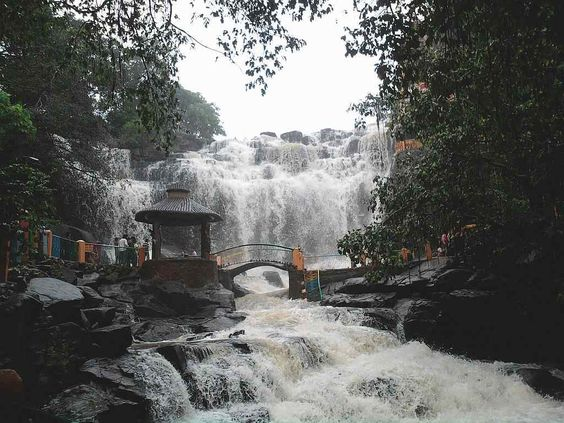 It is a tiny building close to the Kutchery Chowk crossroads and contains a wealth of information about Raipur’s past. This well-kept museum may find an excellent collection of tribal artefacts, inscriptions, coins, sculptures, models, and other anthropological and natural history-related items. You may be able to overlook the enormous library of the five galleries stretched across two stories. Visit an outside restaurant on the museum’s ground floor to try some reasonably priced but delicious tribal fare. You can discover a lot about Raipur’s history, culture, and development into the significant metropolis it is today. The museum’s entrance cost is INR 5. It is one of the best tourist places near Raipur. 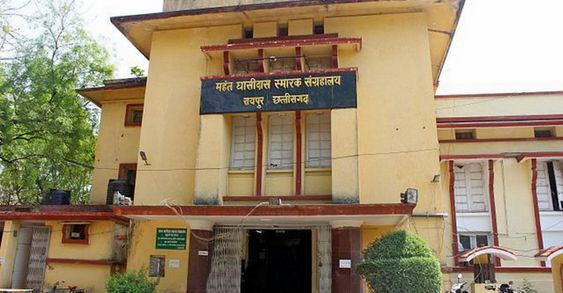 Without a doubt, Banjara Mata Temple’s speciality is its shrines. This holy site, dedicated to the goddess Banjari Mata, is well-known for serving as a venue for celebrations during the Dussehra and Navratri festivals. Devotees from all over the nation and neighbouring states swarm here to breathe in the serene and holy atmosphere. The peace is still present in the air. The temple is accessible from 6:00 AM to 7:30 PM every day of the week. Many people come to the temple to seek blessings because of its beauty and sincerity.

The famed temples of ISKCON (International Society for Krishna Consciousness) can be found all across the nation, and the one in Raipur city is a more recent addition that is still under development. While the main building is being constructed, the idols have temporarily been moved to another temple. However, it is still possible to see the temple’s grandeur. The clean white marble reflects light and seems even more beautiful at night when lit by accent lights.

The Town Hall in Chowk, Raipur, is a government building and a popular tourist destination. The area is awash in fascinating history. It contains details about a variety of dynasties and monarchs who formerly controlled the city of Raipur. The building’s long and illustrious history attracts tourists. The town hall, built in 1889 and opened in 1890, saw and endured the war for independence. It has had one renovation. The Town Hall, formerly known as the Victoria Jubilee Hall, was built in 1887 using stones brought in from Raipur Fort. It also represents Raipur’s historical pride and is a popular tourist attraction.

How to reach: The Town Hall is close to Shastri Chowk in the centre of Raipur. Private vehicles, such as cars and two-wheelers, can readily reach it. Buses, rickshaws, and taxis are all forms of public transportation that one can utilise to get there. The Raipur Junction Railway Station, which is 10 to 15 minutes away, is the closest railway station. The Gandhi Udyan Park, which stretches all the way to the well-known Bhagat Singh Chowk, is situated in the centre of Raipur. It is an ideal Raipur tourist place for everyone, irrespective of their age. The walking area is nicely tiled, and the park is covered in a lot of natural vegetation. Yoga lessons are also performed early in the morning on a playground. It is an excellent site for a morning or evening walk with 400-metres of walking space. 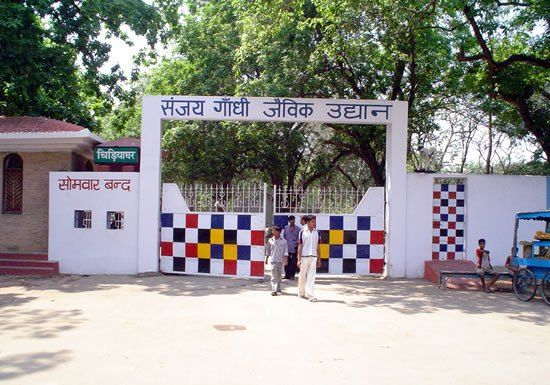 The fourth-largest cricket stadium in the world is Shahid Veer Narayan Singh International Cricket Stadium in Raipur, which is 21 kilometres from the city’s centre. With a capacity of about 65,000 people, the stadium serves as a platform of international significance and is recognised for holding IPL (Indian Premier League) and Ranji Trophy matches. It is one of the best tourist places near Raipur.

How to reach: You can hire private vehicles, use the bus, or use cab services to get to the Shahid Veer Narayan Singh International Cricket Stadium at Sector 3, Parsada-3, Atal Nagar, Chhattisgarh 492101 from any location inside the city. 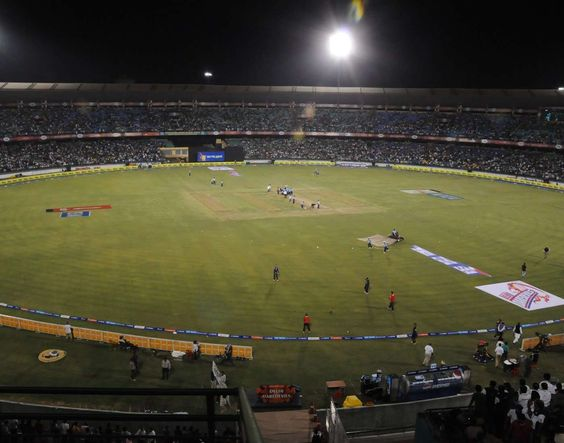 Shadani Darbar is a huge 12-acre pilgrimage site situated on Dhamtari road, nine kilometres from Raipur. The location, named after Sri Shadaramji Saheb, includes a large hall with an image of Dhuni Sahib and several other gods and goddesses carved all over the building. Every day, the devotees conduct Dukh Bhanjan Dhuni. In addition, there are lovely statues and musical fountains. Musical fountains with religious monuments and idols are among the other attractions. It is a must-visit of all the places to visit in Raipur.

Kevalya Dham, located on the outskirts of the city and covering a sizable area, is home to several Jain temples. It is one of the best tourist places near Raipur. The building is an architectural marvel composed completely of marble. The temples are popular with children since they have spacious open areas and tranquil gardens. 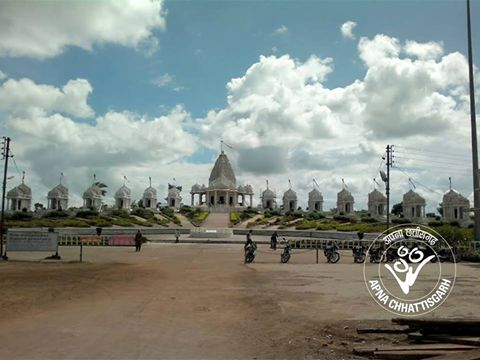 How can one commute?

The cheapest form of transportation is an autorickshaw. They are available in great numbers and are convenient for short-distance transport, serving the needs of the densely populated city. However, public and private bus transport is quicker and more regular for long-distance trips, particularly to the nearby cities of Durg, Bhatapara, or Kharora. Trains are another option for getting to surrounding cities and other significant cities across the nation. Additionally, Naya Raipur has a public bike-sharing programme that promotes the usage of bicycles as a mode of transportation. However, during business hours, Raipur is a crowded city with frequent crowds and traffic bottlenecks. After the busiest times, the people disperse and the flow of vehicles slows.

Is there an airport in Raipur?

Invest To Gain Interest: How To Invest 100K For Passive Income?