Places to visit in Surat and things to do

Gujarat’s bustling port city, Surat, is ranked as one of the most prosperous cities in the country. Many accolades have been bestowed upon the city over the years, such as “Diamond Hub of the World”, “Textile City of India”, “Embroidery Capital of India”, and “City of Flyovers.” Surat offers a variety of entertainment and occupying places to visit.

You can reach Surat:

By Air: Located approximately 12 km from the city centre, Surat Airport is a domestic airport. Flights to and from this airport are available from major cities in India. Direct flights are available from Mumbai, Delhi, Ahmedabad, and several other cities to Surat.

By Road: There is a 16 km connector highway connecting the city to National Highway 8. One can hire a cab or drive from neighbouring cities to reach Surat. Several bus services operate within Gujarat as well as from neighbouring states.

By Train: Several parts of the country are easily accessible via rail from Surat station. From the western and northern parts of India, Surat is very accessible via the Delhi-Mumbai, Jaipur-Mumbai and Mumbai-Ahmedabad routes. There is also a double-decker train connecting Ahmedabad and Mumbai that serves Surat.

16 best places to visit in Surat and things to do

Despite being the scene of many battles, the city retains its mediaeval charm and is a treat for architecture lovers. According to mythology, Lord Krishna stopped over in Surat when he travelled from Mathura to Dwarka. In addition to its history and culture, the city is also a global hub of diamond dealers, textile traders, fashion designers, and art enthusiasts.  We have compiled a list of places to visit in surat that you should explore to make your trip memorable. In addition to making your trip worth it, these Surat tourist places will compel you to return back here.

Dutch Garden, located in Surat’s Nanpura neighbourhood, is an oasis of greenery amid the city’s chaos and cacophony. It boasts vibrant flower beds, well-manicured gardens, sparkling fountains, and expansive, sprawling lawns covered with grassy carpets that are flocked by hundreds of tourists each day. It provides much-needed respite and relief among the bounteous natural beauty. The River Tapi flanks it on one side, enhancing the overall ambience. There are also some Dutch and English explorers buried in the garden who visited Gujarat and settled there. 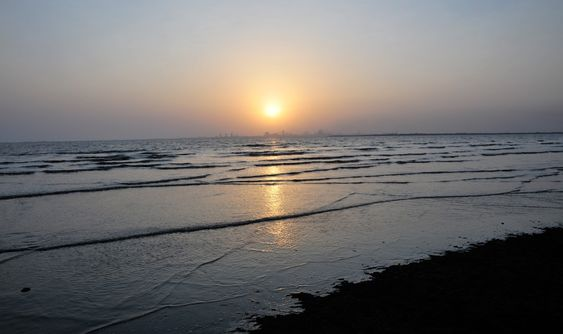 Located on the banks of the Arabian Sea, Dumas beach is one of the popular places to visit near surat. This beach is located near the mouth of rivers Mandola and Tapi and is known for its scenic beauty but also its black sand and eerie atmosphere. Iron is a major component of the sand, which is why it is black.

Several paranormal activities have been reported at the beach, making it one of India’s most haunted places. As the sun sets, the beach gets deserted. It has been reported that visitors have seen apparitions, and heard strange sounds and laughter on the beach. Locals say the beach has become haunted because Hindus used it as a cremation ground. However, daytime visitors can sunbathe, play volleyball, and devour local street food on the beach while enjoying the breathtaking beauty of the town. The nearby Dariya Ganesh temple is also worth visiting.

How to reach: A taxi can easily take you to Dumas Beach since it is located about 21 kilometres away from Surat. 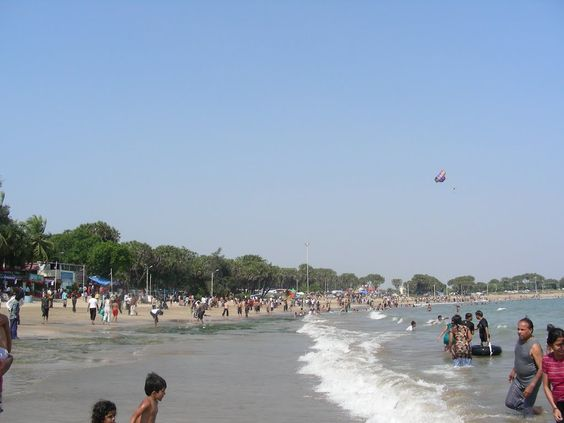 The beautiful town of Hajira Village in Surat, near the Arabian Sea, is one of the most popular Surat places to visit. This location is known for its port because of the shallow waters. There are also a lot of hot water springs in the area, making it a popular tourist destination. Locals and tourists alike are drawn to the Hajira beach for its mesmerising sunset and sunrise views. If you’re looking for a little solace from the hustle and bustle of the city, this is the place for you.

How to reach: Taxis and buses are available to take you to Hajira from Surat, which is 30 kilometres away. 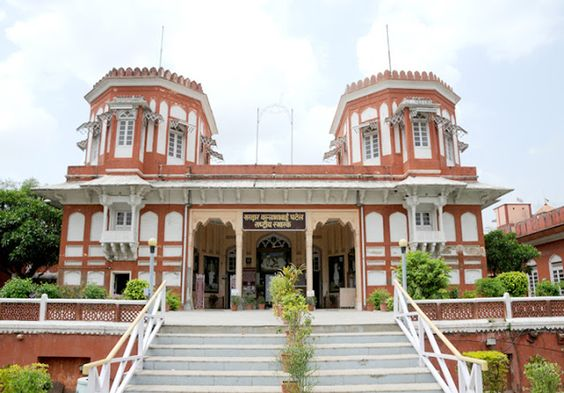 The Sardar Patel Museum, located within the Moti Shahi Mahal, is exclusively dedicated to Sardar Vallabhbhai Patel’s personal belongings. An extensive collection of interactive and experimental presentations in two multimedia halls sheds light on Sardar Vallabhbhai Patel’s life and work. To make it easier for museum strollers to understand, all information displays are available in three different languages – English, Marathi, and Hindi. Among the museum’s key attractions are its light and laser shows, 3D effects, and permanent set-ups. 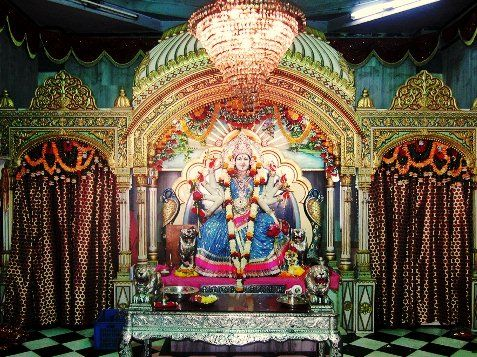 Surat is also home to Dandi Beach. Due to its history, this beach is probably one of Surat’s famous places. There is a connection between this site and one of the greatest freedom struggles in India. Mahatma Gandhi started the “Salt Satyagraha” movement from this beach. However, now Dandi Beach has become a tourist destination where people enjoy the pleasant atmosphere of the Surat and Indus rivers. Several calm spots are located near the beach where you can watch the sunset and sunrise. People from all over come here for picnics and to enjoy their holidays. 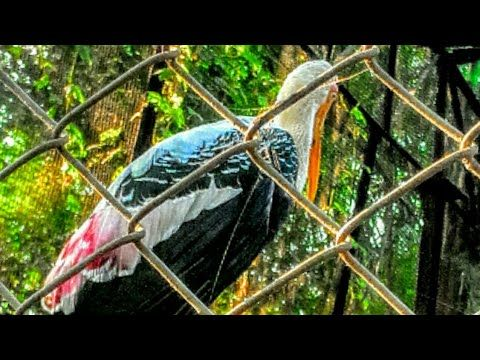 This zoological park is located on Surat Kamrej Road, around 10 kilometres from the city. Located along the right bank of river Tapi, the zoo is an expansive area of around 81 acres. The enclosures are homes to animals like Lions, Deer, Royal Bengal Tigers, Leopards, Himalayan Bears, and Hippopotamus.

Since 1984, the zoo has worked to protect endangered species of flora and fauna as well as raise conservation awareness. Visiting Sarthana Nature Park is a great way for kids to learn about animals and their habitats, as well as a paradise for nature lovers. The park also features migratory and local birds. An experience that will take your breath away is visiting Jagdishchandra Bose Aquarium, India’s first multidisciplinary aquarium. Over 100 species of fish, crustaceans, and plankton can be found in the aquarium’s 52 ginormous tanks. Among the attractions here are a remarkable jellyfish pool, an impressive double-storey shark tank, and a spectacular dolphin tunnel. 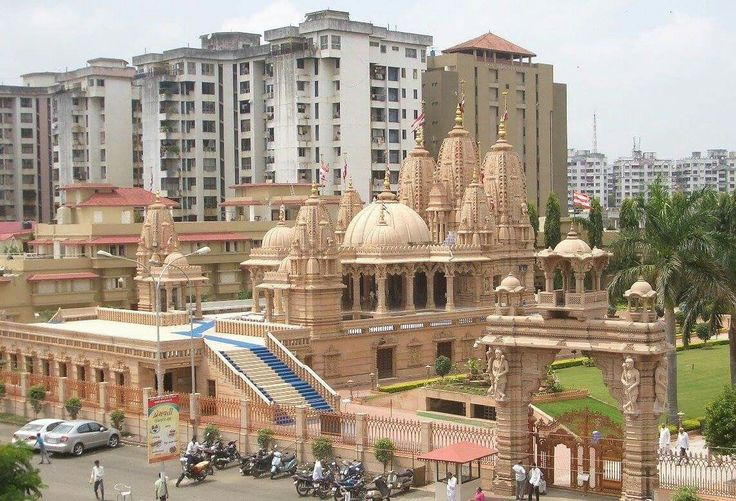 Surat’s Swaminarayan Temple lies on the banks of the Tapti River and is a popular pilgrimage destination. Built in 1996, it is made of pink stones. A monument built in memory of Sahajanand, this temple belongs to the Vaishnavism faith.

This temple has three shrines. Radha-Krishna Dev and Harikrishna Maharaj are revered in the first shrine. A second shrine honours Gopalanand Swami, Swaminarayan, and Guntitanand Swami, while a third is dedicated to Ghanshyam Maharaj. It is a place of spiritual fulfilment for tens of thousands of pilgrims worldwide. Jal Jilaniutsav, Panchratri Gyanyagya, and Gurupurnima are some of the events that are held at this temple. 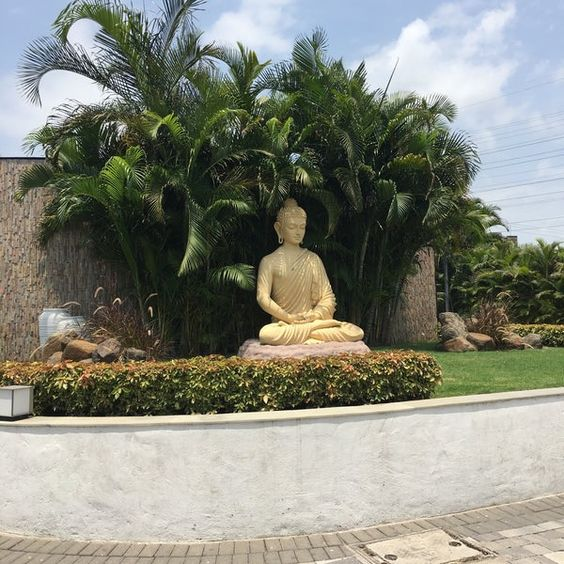 This multi-facility complex in Surat includes thematic galleries, 3D amphitheatres, planetaria, solar power plants, art galleries, and museums. Thousands of science enthusiasts, teachers,  scholars, and students of science and history have visited the state-of-the-art Centre since it was built in 2009. In Western India, this enterprise is a first-of-its-kind, offering activities for visitors of all ages. Sardar Vallabhbhai Patel Museum is also housed at the Science Centre. The Amaazia Water Park is the best place to escape the summer heat. Amaazia Water Park offers thrill rides like King Cobra, Kamikaze, Twister,  Forest Jump, and many more for adrenaline junkies as well as fun rides like Tribal Twist, Carnival Beach, Free Fall, and Windigo for high-spirited enthusiasts. When you need a break, relax at the Cabana. 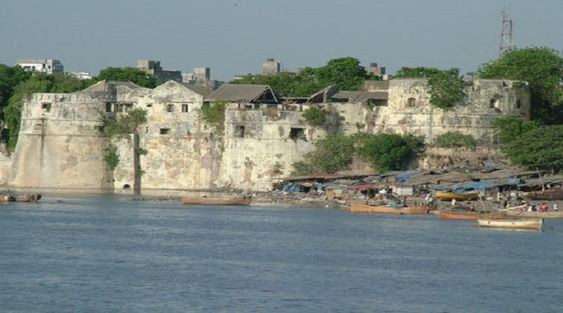 A prominent heritage monument of Surat is Surat Castle, also known as the Old Castle.

Surat’s position as the most important trade route between India and other countries made it vulnerable to invasion by invaders. Sultan Mahmud III thus commissioned the castle in 1540 in order to keep the region safe from Portuguese invasion. This ancient monument exhibits the power of mediaeval architecture. The castle still stands as a testament to the rich heritage of Surat, despite several attempts to stop its construction. Views of the city and the Arabian Sea can be enjoyed from the castle, which is well-maintained. 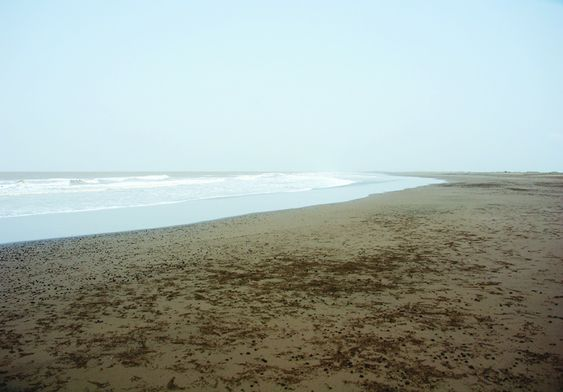 Suvali Beach is one of the most mesmerising places to visit in Gujarat and is located 20 kilometres away from Surat. Not only tourists but locals also enjoy the beach because it is located in solitude, away from the city. The black sand beach is never crowded, offering visitors a peaceful atmosphere where they can enjoy the sunsets and sunrises. 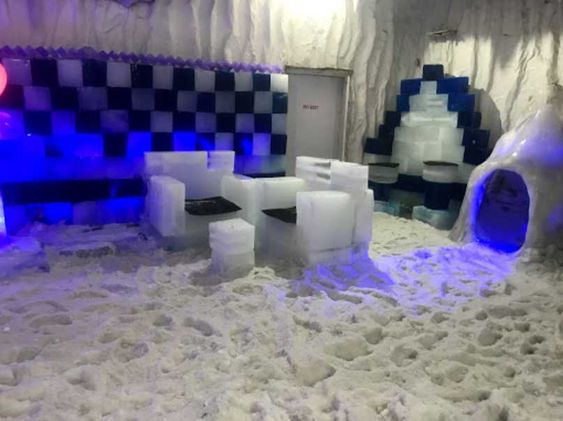 Surat’s Rahulraj Mall has a theme-based amusement park called Snow Park. By electrically maintaining a -5°C temperature during all hours of the day, the park offers a respite from the city heat. Warm clothes, woollen caps, gloves, and footwear are provided complimentary with each ticket so you can enjoy the cold atmosphere.

The park offers many fun things to do Surat, including artificial snow play, real snowfall, sledge cars, and snow sculptures. Making a snowman or building an igloo is a fun activity for kids. Additionally, partygoers can dance to their favourite songs while the DJ spins terrific numbers and laser lighting creates the perfect ambience for an unforgettable party.

Located 35 kilometres from Surat, Bardoli played a significant role in Indian politics before independence. It is certainly worth a visit to the Swaraj Ashram and Garden, the Khadi workshops, and the Sardar Patel National Museum. Also notable is the Aitihasik Ambo, the mango tree under which Gandhiji proclaimed his commitment to independent Indian home rule.

How to reach: From Surat Station, take the train to Bardoli Station. You can also reach Bardoli from Surat by driving, hiring a cab, or boarding a bus. 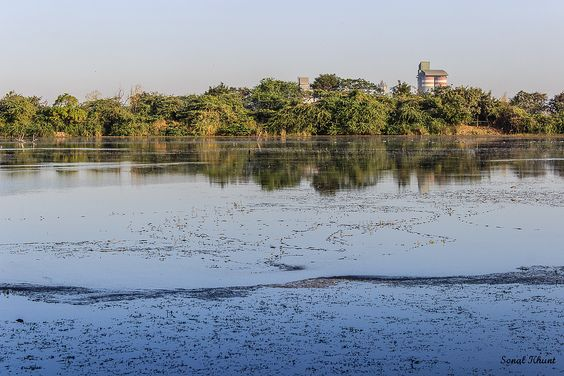 A bird watcher’s paradise, Gavier Lake is around 10 kilometres away from Surat. Locals call the lake “Heaven on Earth” because of its stunning beauty. Colourful lotuses float all over the pristine lake. The lake’s picturesque views are enhanced by the beautiful migratory birds that flock there.

The monsoon season is a popular time for locals and tourists to visit the lake to enjoy the lush greenery and fresh blooms. The vibrant colours of butterflies make it the ideal spot for de-stressing and rejuvenating. From nearby vendors, you can also get tasty Chai-Bhajiya and other local snacks.

How is the weather in Surat?

Why is Surat called the City of Sun?

According to Hindu tradition, the city of Surat was founded by a Brahman named Gopi by the name of Suryapur, which means the city of the sun. This is why the city is named “City of Sun.”

How many national parks are there in Surat?

What is the best time to visit Surat?

Winter is the best time to visit Surat. There is a comfortable temperature, and it is an ideal time to go sightseeing.

Know about Aurangabad tourist places you don't want to miss