Top 10 Jeypore sightseeing and things to do

Jeypore is one of the largest towns located in the Koraput district of Odisha. The town has a rich history and used to be the capital city of the Jeypore Kingdom. Surrounded by the Deomali Hills, the town attracts a large number of tourists who come here to explore the natural beauty of Odisha. The small and quaint places located nearby make Jeypore one of the ideal tourist destinations for nature lovers.

You can reach Jeypore:

By air: The city is serviced by the Bhubaneswar Airport.

By rail: The Jeypore railway station is located in the heart of the city. People who wish to travel to the city by rail transport can reach Jeypore Station very easily. It is connected to major cities in Odisha and West Bengal.

By road: Jeypore is accessible from Visakhapatnam by the Araku -Visakhapatnam Road, which runs between the two cities. Additionally, you can reach Jeypore from Kolkata via the NH49 and the NH26.

If you plan to travel to Jeypore, you need to take a look at these top Koraput tourist places and create your perfect itinerary-

Sunabeda is a quaint town in Koraput and home to the Hindustan Aeronautics Limited company. The small town is one of the best Koraput tourist places due to its serene environment.

Tourists come here to spend some time among nature and explore all the nearby forests and waterfalls which are readily found in the area. You can easily reach Sunabeda by NH26 and the Jeypore railway station.

It is only 43 km away from the city and can be explored in a few days’ time. Some of the top places to visit here include Gandhi Udhyan, HAL museum, Forest Garden, and Sunabeda Bridge. The Gupteswar Cave is a cave shrine located in the Koraput district. Situated about 55 km away from Jeypore, the limestone cave has a shrine dedicated to the Hindu God Shiva. There is a humongous Shiva Linga hidden within the cave, which legends say was discovered by Maharaja Veer Vikram Dev during his rule in the 17th century.

The cave can be reached by a series of 200 steps which will take tourists to the shrine. The entrance is only 3 feet high and 2 feet wide, so it is not for the faint-hearted. You can take the challenging climb to the shrine and reach it to view the Shiva Linga.

Additionally, the cave is surrounded by woods, so you will have a good time hiking to its mouth. You can reach the caves via Boipariguda – Digapur – Jeypore Road, which leads from Jeypore to the caves. 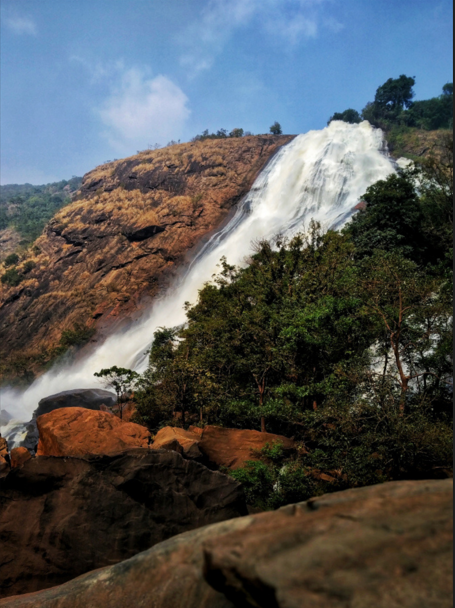 The Rani Duduma Falls is located in the Nandapur Hills, close to Koraput town, which lies 63 km from Jeypore. Among the famous Koraput tourist places in Odisha, the waterfall is an extremely popular tourist place near Jeypore.

Surrounded by greenery forests and hills, the waterfall is a great picnic spot and away from the city crowds. One has to take a small 1 km hike to the waterfall and enjoy its majestic beauty. Nature lovers will immensely enjoy the scenic beauty of the waterfall and get a chance to click some amazing pictures near it.

You can travel here by the Machkund Road, which easily reaches the destination. 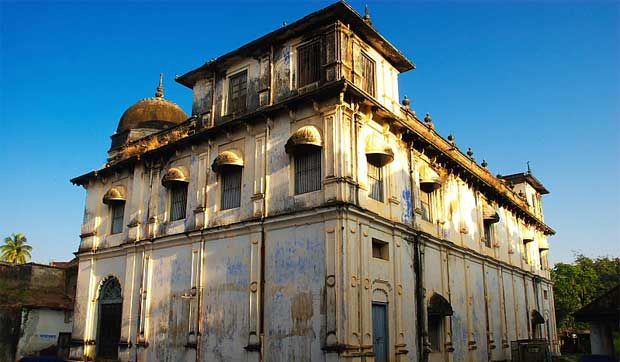 The Jeypore palace ranks as one of the best places to visit in Jeypore. The palace was commissioned by the famous king King Veer Vikrama Dev in the 17th century. The palace was the seat of the erstwhile Kingdom of Jeypore and was ruled by the kings of the Sankara dynasty. The castle is now almost in ruins but opens to tourists to come see the lost glory of the Jeypore empire.

The palace will give you a glimpse of ancient Indian architecture and the lifestyles of the royals back in the day. You can tour its premises and learn more about the Sankara dynasty, which controlled the city before its colonisation. The palace can be explored within a day, so you can club nearby tourist spots on the same day. The Kolab Dam is a majestic gravity dam located 43 km near Jeypore town in Odisha. The dam was constructed on the Kolab river, which is a tributary of the Godavari river. The dam was built to aid the irrigation processes and solve water supply issues for the people in the nearby towns.

Today, the dam is one of the most famous Koraput tourist places and continues to attract travellers for its panoramic views. A beautiful garden has been built along the dam for tourists and houses over 200 varieties of flowering plants and foliage. You can travel to the dam via Lamtaput Road and NH326 and enjoy the beautiful views of the River and the green gardens which surround the mouth of the reservoir. 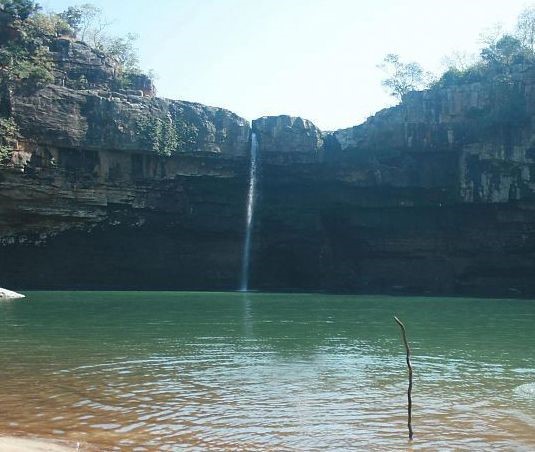 The Shakti waterfall is located 15 km away from Jeypore town and can be reached quite easily by the NH26 highway. This waterfall is also named the “s” waterfalls since it cascades down in the shape of the letter ‘S’. The waterfall cascades from a height of 20 ft. and continue to be one of the best Koraput tourist places near Jeypore.

Tourists come here to dip their feet in the cool waters and enjoy a day out in peace. You can also opt for trekking expeditions which are available nearby, and pass through the waterfall on their way. 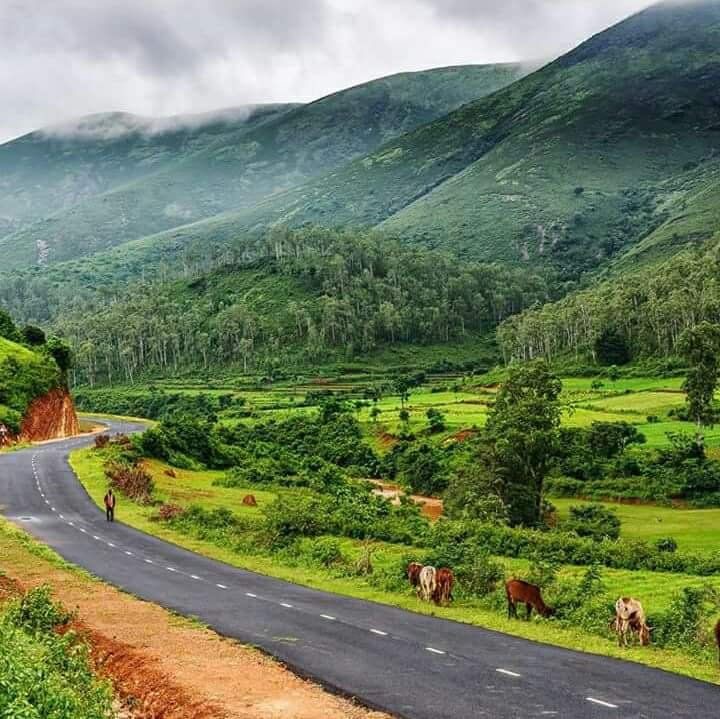 Koraput is a small and peaceful town in the Koraput district of Odisha, about 24 km away from Jeypore city. Koraput is known for its green landscape and calm weather, which makes it an amazing tourist destination. The town is surrounded by the Deomali Hills and serves as an abode for various flora and fauna.

Tourists who are looking to spend some time away from crowds can take the extremely picturesque NH326 highway, which goes all the way to Koraput town. Some of the major places to visit here will include Kechala lake, table Mountain, Sabara Srikhetra Koraput, Ecotourist park, and the tribal museum. 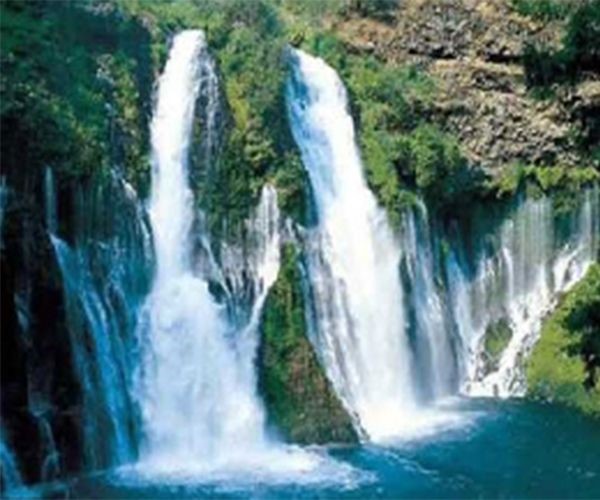 The Bagra falls is located close to Jeypore in Odisha and only 17 km away from the main city. Tourists are only required to take a short ride via NH26 to reach the waterfall and enjoy the day among the great ravines and green forested slopes of the Deomali Hills. The beautiful waterfall cascades down from a reef and creates a stunning view for people who come here.

Tourists can enjoy having a picnic at this spot and make it a day tour complete with other waterfalls located nearby. The best thing about this spot is that it can be easily reached by both private and public transport which routinely takes tourists to this picnic spot in Jeypore. 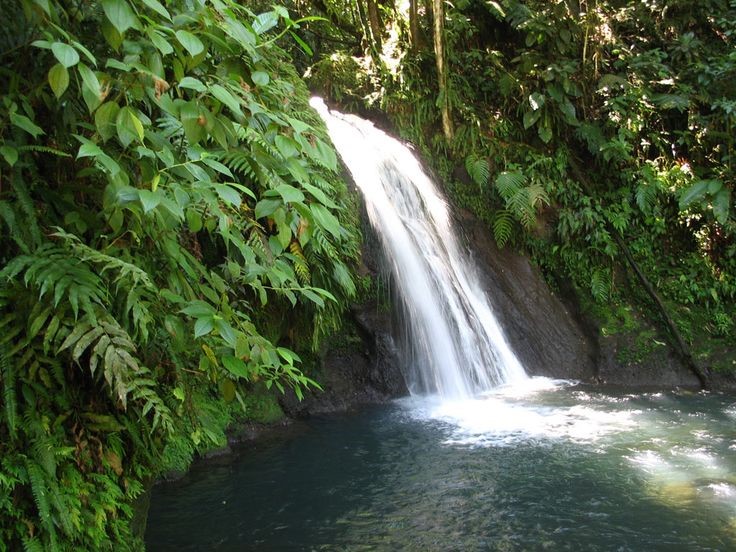 The Hatipathar waterfall is situated about 112 kilometres away from Koraput and lies nestled amidst green woods in the valley. The waterfall is created by the Nagavali River, which flows through the towns nearby.

The name Hatipathar means elephant rocks, and the natural boulders surrounding the waterfall are the source of the name. These rocks resemble elephants, so the waterfall is now popularly called Hatipathar. Tourists at Jeypore can easily take a car or bus to reach this famous picnic spot and enjoy the majestic beauty of this small but fierce waterfall. 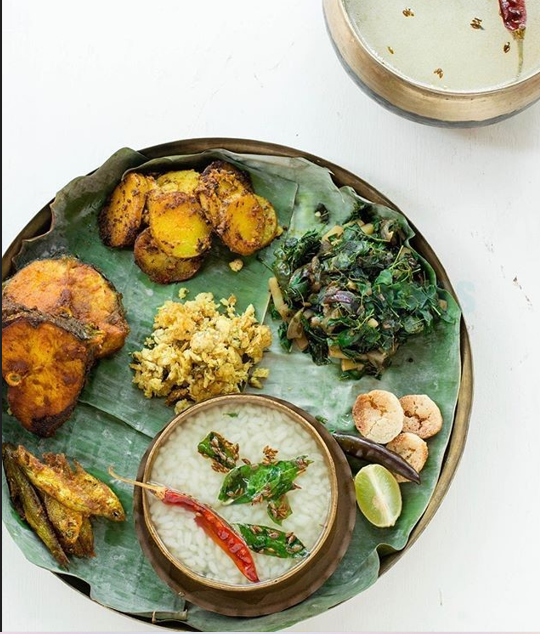 When in Jeypore, all tourists must try the local cuisines of Odisha, which are available in all restaurants. Odisha cuisine has a large collection of seafood items, so people who enjoy them should look into all the restaurants which can be found on the way to Koraput tourist places.

You will find a large variety of dishes both in the vegetarian and non-vegetarian categories, which will amaze you with their flavour profile and humble preparation. Some of the best places to eat in Jeypore include Shree Food Palace, Hotel Woods Cafe And Restaurant, Yummy Foods, and High & Hills restaurant.

Which is the best time to visit Jeypore?

Jeypore has a pleasant climate and can be explored any time of the year. However, it is recommended to avoid the June-August months, which fall within the rainy season in India.

What is Jeypore famous for?

Jeypore is famous for the rich beauty of the Deomali Hills, which surround the city. Additionally, its food and culture are also top attractions of Jeypore city.

Where is Jeypore located?

Jeypore is located in the city of Odisha in India. It lies close to Koraput town in the state.

Places to visit in Kolhapur