Mathura is famous for being the birthplace of Lord Krishna.

Mathura is a holy city located in the state of Uttar Pradesh in northern India. The river Yamuna flows through the city, and is dotted with beautiful ghats and temples. The city is famous for being the birthplace of the Hindu God Krishna. The city, along with Vrindavan, is an important pilgrimage site for Hindus, especially the Vaishnavas in India. Tourists and devotees visit the place every year in great numbers.

By air: If you want to reach Mathura by air, you need to take a domestic flight to the Delhi International Airport.

By rail: Tourists can also travel to the Mathura Junction from railway stations in major cities like Pune and Delhi. You can also take connecting trains from these cities after reaching them from other parts of India.

By road: Tourists can take the Yamuna expressway, which connects Delhi to Mathura. You can also reach Mathura from Pune through the NH54.

If you want to take a tour of this holy city, you need to know about these top places to visit in Mathura and then plan your travel itinerary.

The Krishna Janmasthan Temple Complex is one of the top places to visit in Mathura built within the city. The temple Complex contains a set of Hindu temples, namely the Keshavdev temple, the Garbha Griha temple at the birthplace and the Bhagavata Bhavan.

The temple Complex is important for Vaishnabs as the famous Hindu deity Krishna is said to have been born. These temples have been considered sacred since the 6th century BC and although they were destroyed multiple times. However, the 20th century saw the temple remodelling, and it is currently a popular tourist destination. 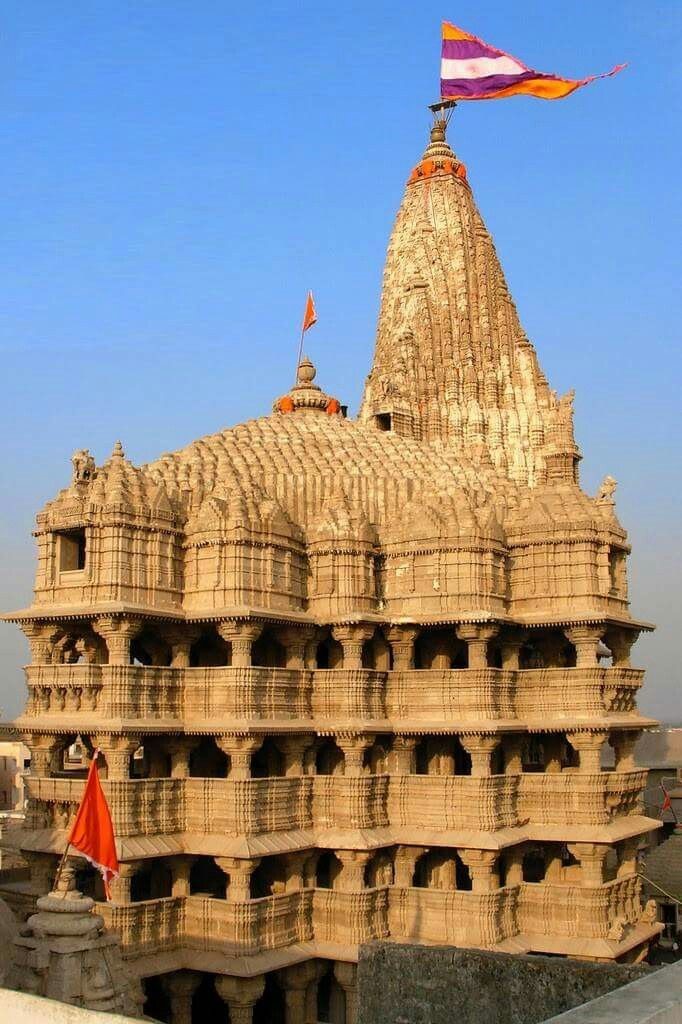 The Dwarkadhish temple or the Jagat Mandir is a famous Hindu temple and among the best tourist places in Mathura. The temple is dedicated to Lord Krishna and named Lord Dwarkadhish or the ‘King of Dwarka’. Shri Dwarkadheesh Mandir is one of the oldest and largest Hindu temples in the city.

Parts of the temple were constructed in the 19th century by Seth Gokul Das Parikh under the patronage of Maharaja of Gwalior. The interiors of the temple follow the Rajput architectural styles and reflect the great skill of Indian artisans. Additionally, the temple is a popular Teerth place which receives hundreds of devotees and tourists every month. The Govardhan Hill, or Mount Govardhana and Giriraj, is a Hindu holy site in Mathura. The hill is an 8 km long hill located in the area of Govardhan and Radha Kund. The site is only about 26 km from Mathura. The hills are sacred to Vaishnabs, who come to this holy place every year to offer prayer. There is one ancient Hindu temple which lies on top of Mt.Govardhan.

This temple is named the Shrinathji Temple and is believed to have existed for more than 100 years. Kusum Sarovar is also located in close proximity and can be clubbed in the tour of Govardhan Hills. Exploring the hill requires light hiking activity, so it’s better to be prepared accordingly. You can reach Govardhan hills by taking the NH44 route from Mathura. The Radha Kund and the Shyam Kund are two ponds situated in Vrindavan only 27 km away from Mathura and accessible by the NH44. This site is another holy place for Hindus and a popular pilgrimage site which is dedicated to Hindu goddess Radha and Lord Krishna. The ponds are said to be the bathing place of the two Gods in ancient times.

Thousands of devotees travelling to Vrindavan and Mathura take dips at the pond to find eternal happiness. The peaceful environment around these lakes will soothe your mind and make you fall in love with this place. You can easily avail of public or private transport to reach Radha Kund and Shyam Kund from Mathura. The Kusum Sarovar is a water reservoir which also has a famous historic sand monument in its backdrop. The holy reservoir is located near Govardhan Hill between Manasi Ganga and Radha Kund. The Kusum Sarovar is believed to be the prime spot where the love between the two Hindu deities, Radha and Krishna, grew profoundly. The place also contains the Jat ruler Maharaja Surajmal memorial chhatri, which had been made to honour the late king.

The Kusum Sarovar has the Narada Kund, which has witnessed the creation of Bhakti Sutra verses which were written by Narada. There is also the Shri Radha Vana Bihari Temple located nearby and open to tourists every day. Located only 28 km away, Sarovar can be reached by the NH44 highway from the city of Mathura. The Curzon Museum of Archaeology or the Mathura Museum is a museum which dates back to the colonial era. The octagonal-shaped structure of the museum is made completely of red sandstone and casts a brilliant red hue in the setting sunlight.  The museum has a large collection of coins, paintings, terracotta products and several artefacts which are said to be from ancient India.

The sculptures contained here reflect the style of the Mathura school of arts which dates back to the 3rd century BC and 12th century AD. The museum also contains a statue of Victoria, a 3000-year-old anthropomorphic copper figure, a Jain tablet which dates back to the 1st century and many more. The museum was established in 1874 and still remains to be one of the popular Mathura visiting places. 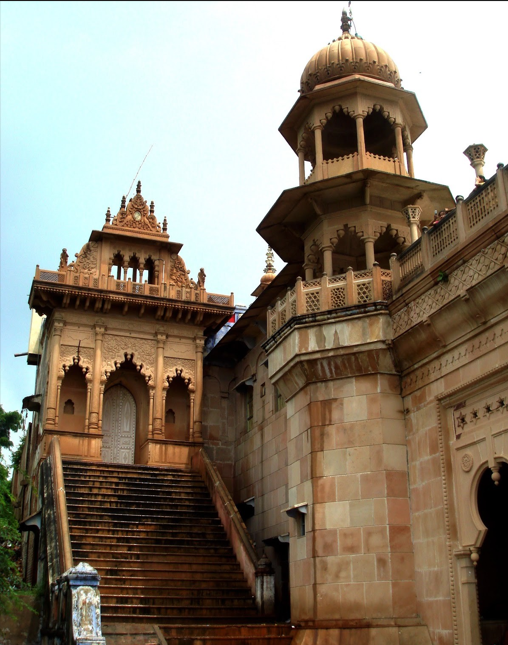 The Shri Radha Rani Temple, or the Shriji (Shreeji) Temple and Shri Laadli Lal Temple, is a Hindu temple and one of the prime Mathura tourist places. Situated in Barsana and only 50 km away from Mathura city, the temple is dedicated to the Hindu goddess Radha. Barsana is said to be the legendary birthplace of Sri Radha. The main deities of the temple are called Shri Laadli Lal (means beloved daughter and son), another name for Radha Krishna, respectively.

The temple lies on the Bhangarh hills, which rise about  250 metres in height. The temple is said to have been built by King Vajranabh around 5000 years ago. The temple is visited by huge crowds of devotees, especially during the popular festivals – Radhashtami and Lathmar Holi. You can take the NH44 road to reach Sri Radha temple from Mathura. The Vishram Ghat is a ghat which is located on the Yamuna river in Mathura. The ghat is considered auspicious for Vaishnabs and considered one of the prime sites in Brij Bhoomi. The bathing ghat is said to be the place where the Hindu God Krishna had come to rest after defeating Kansa, the tyrant king.

The ghat itself is lined with multiple temples and some of the most significant shrines, such as Yamuna-Krishan, Murli Manohar, etc. Devotees like to take a bath in these holy waters and collect the water of the Yamuna to take it home as holy water. You can also sit back and relax at the Ghats while observing the festivities around. 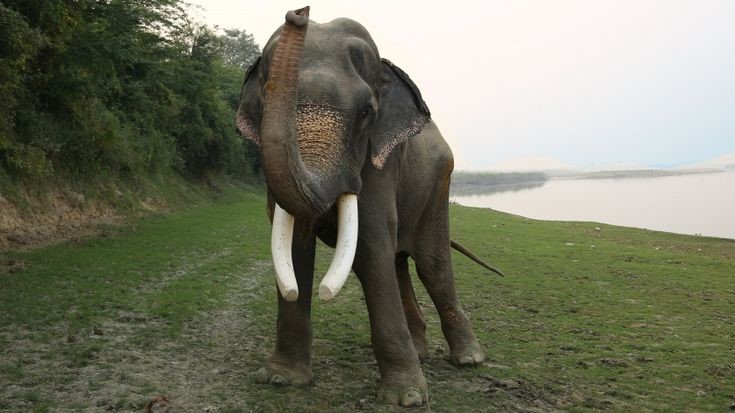 India’s first and only Elephant Conservation and Care Centre were formed back in 2010. Located close to Mathura city, the reserve has been given government recognition by the Uttar Pradesh Forest Department. The reserve aims to rehabilitate abused and captive elephants, especially from circuses and insensitive private owners.

The Elephant Conservation and Care Centre is now home to over 20 rescued elephants and has made a name for itself around the world. You can take a tour of their grounds and interact with their rescues. You can also learn more about the habits and habitats of elephants and how you can help in their conservation. The Prem Mandir, which translates into the Temple of Love, is located in Vrindavan, about 15 km away. This temple is among the most-visited tourist places in Mathura. You can reach this religious spot through the NH44, which takes tourists to Vrindavan city. The temple is maintained by the Jagadguru Kripalu Parishat trust. The complex is situated on a land of 55 acres on the outskirts of Vrindavan city.

The temple is dedicated to Radha-Krishna and Sita-Ram. Established by Jagadguru Shri Kripalu Ji Maharaj, the temple displays intricate artwork about the Different Leelas of Shri Krishna and Rasik saints. The auspicious inauguration happened in February of 2012. Today, the temple is open to tourists to come and offer worship to their favourite Gods.

Is Mathura worth visiting?

Mathura is a beautiful city which is filled with many religious and spiritual places. It is definitely worth visiting for its rich history and culture.

Which is better, Mathura or Vrindavan?

Both Mathura and Vrindavan are beautiful cities and are definitely worth visiting. When planning an itinerary, it is recommended to include tours to both these cities.

Is one day enough for Mathura?

We recommend staying at least 2 days in Mathura. If you plan to visit Vrindavan as well, you need to plan a tour for 3-4 days.

List of the best places to visit in Patna, the capital city of Bihar.

Recovering from a crisis: What is the key to making a comeback in real estate?