Places to visit in Kolhapur

It might turn out to be a memorable experience to stroll around the town, talk to the locals, and photograph the beauty of all the works of art that adorn the area. Kolhapur is one such town that is located somewhere in the southern part of the nation.

This town, which is situated along the Panchganga River, is well-known for a variety of things. The numerous attractions that may be seen here are one of them. In that vein, listed below are a few breathtaking places to visit in Kolhapur that you must see, especially if it’s your first time!

How to reach Kolhapur?

If you’re wondering how to get to Kolhapur by plane, you shouldn’t worry too much because the city has its airport near Ujalaiwadi. Kolhapur Airport is the closest airport. The airport has good transportation links to the international airport in Mumbai. As a result, everyone can visit this location with ease.

The Chatrapati Shahu Maharaj Terminus railroad station in Kolhapur is well connected to the state’s largest cities as well as the states next door, namely Mumbai, Pune, Bangalore, New Delhi, and Ahmedabad. Everyone can easily access the city thanks to it. So, getting to Kolhapur is no longer a problem.

The state buses of Maharashtra make it simple for tourists to go to this city. You can travel around the nation on a variety of private buses from this location for an affordable price.

Panhala Fort, one of the top attractions in Kolhapur, is renowned for being the biggest fort in the whole Deccan area. This fort has roughly 7 kilometres of impressive defences that provide panoramic views of lush countryside.

The massive double-walled gates serve as a draw for all architecture enthusiasts and display many architectural features from ages past. One can see designs from several dynasties that have reigned over this fort, from the Marathas to the Mughals! 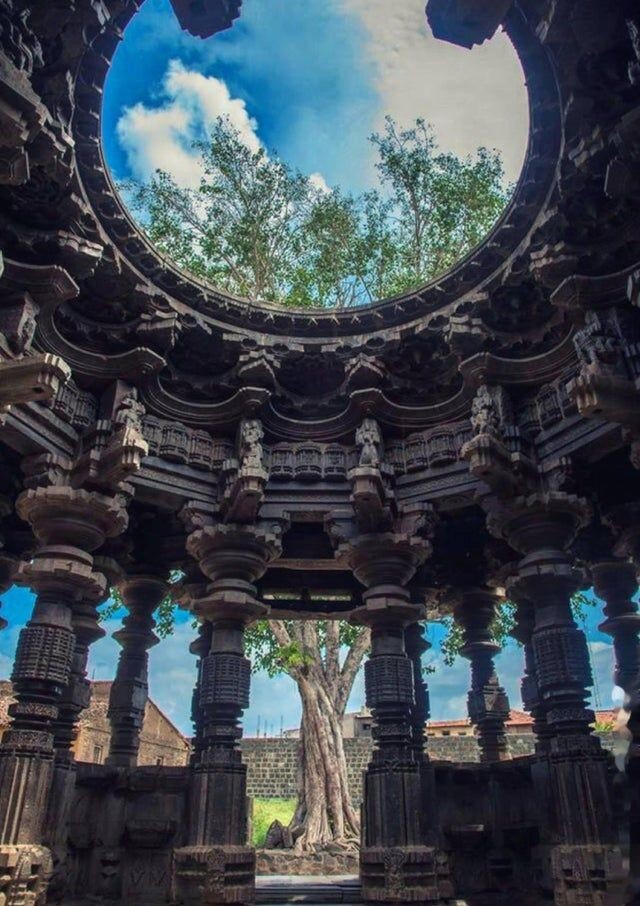 Kopeshwar Temple, another popular attraction in Kolhapur dedicated to Lord Shiva, is a must-see for visitors. Numerous hundred people are drawn to this temple because of its gorgeous location year-round.

Kopeshwar is renowned for its gorgeous architecture in addition to the spirituality that permeates the entire area. One can’t help but be in awe of the building due to the beautiful carvings on its walls, pillars, and rock-cut temple architecture. 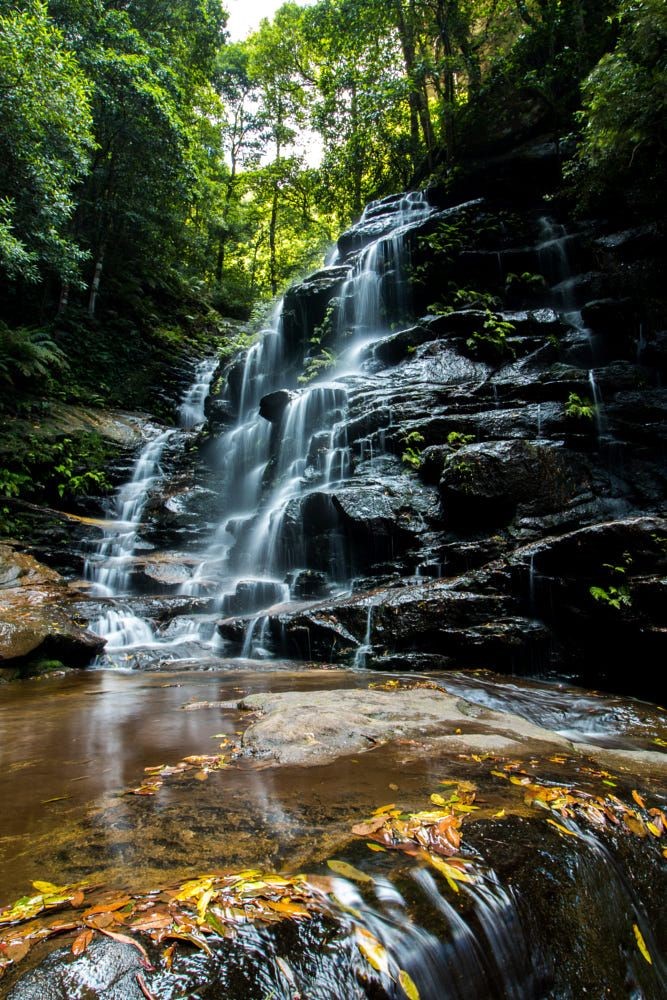 Ramtirth Waterfall is a natural waterfall that cascades down on the banks of River Hiranyakeshi in Ajara Taluka, Kolhapur. It is well-known for its incomparable tranquillity and stunning surroundings.

The area is mostly utilised for daytime picnics and to escape the buzz of the town. There are also several temples in the neighbourhood, and they are always crowded with pilgrims. 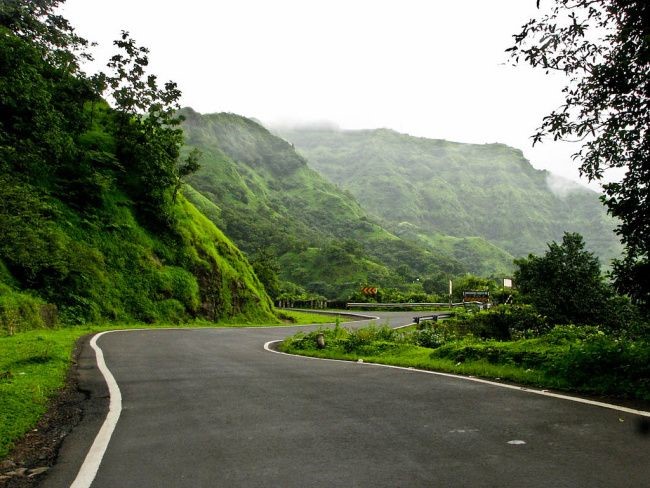 Gaganbawada is a settlement on the Western Ghats or the Sahyadris, 55 kilometres from Kolhapur. The underdeveloped hill village is noted for the nearby Gagangad Fort, Karul Ghat, and Bhuibavda Ghat. The town is featured in several Bollywood films and also features several temples, the Lakshmapur Dam, and Pandav Caves.

How to Reach: Buses and Cabs 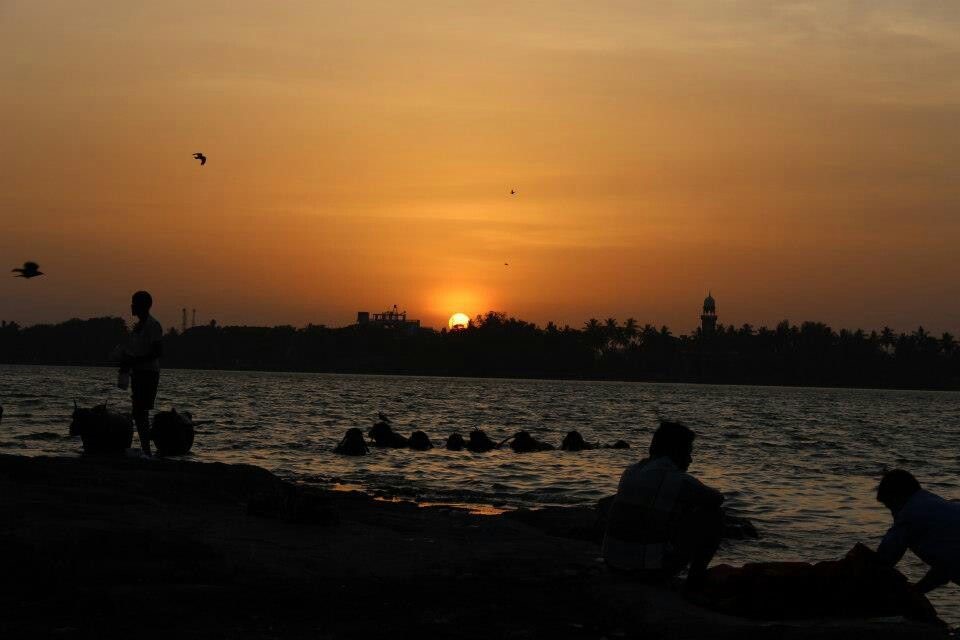 Its utter tranquillity is what places it at the top of the list of places to visit in Kolhapur. Although Rankala Lake is artificial, it is home to a wealth of natural resources and provides a calm experience that is unmatched.

This lake provides two ghats, Rajghat and Marathaghat, which were constructed in Shri Chhatrapati Shahu Maharaj’s direction. The golden hours are the ideal time to take a stroll around the lake, admire its beauty, and revel in its charm. Near the lake, there are various food stands that you should visit. 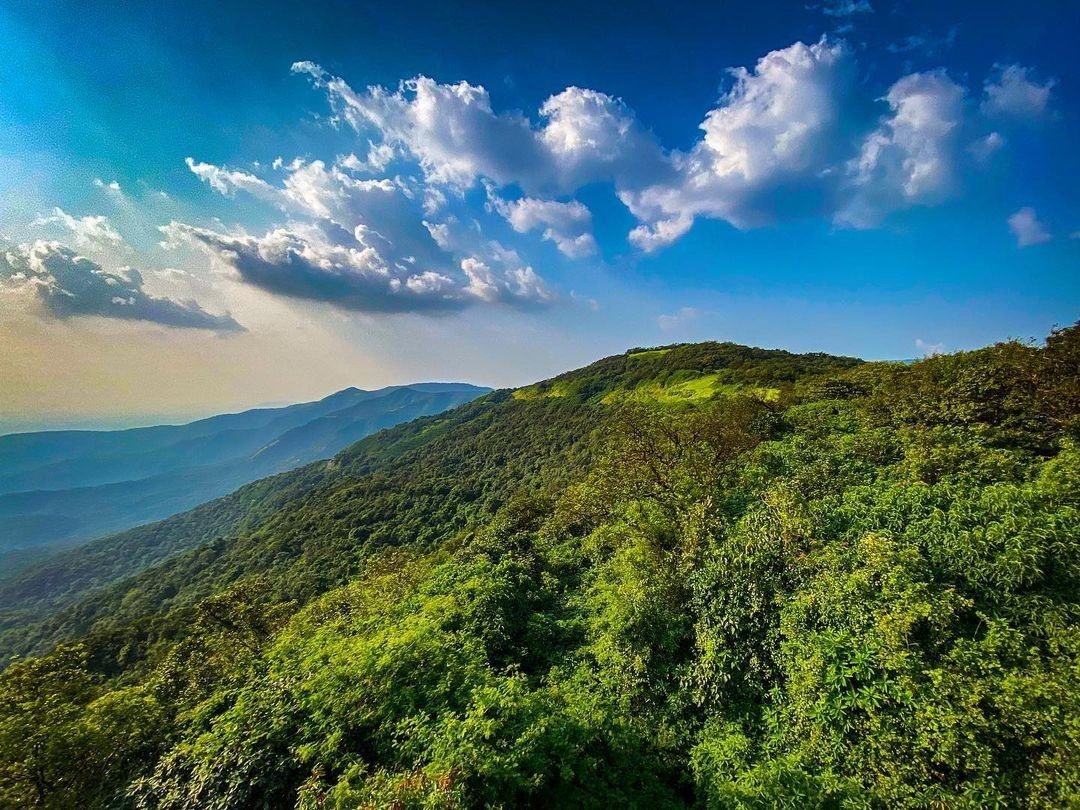 For any sort of traveller, Kolhapur has an abundance of tourist attractions. There is something here for everyone, whether they are architecture enthusiasts or nature lovers. Dajipur Wildlife Sanctuary should go on your bucket list if you want to see Kolhapur’s wild side.

The monarch who ruled over this town in the past formerly used this sanctuary as his hunting place.

This natural area, which was designated as a sanctuary in 1985, is incredibly magnificent. There are many different animals to see here, including tigers, leopards, and a wide range of flora and beautiful rainforests. The architectural wonder known as New Palace, also known as the Maharaja’s Palace, is decorated in a variety of Rajwada, Rajasthani, and Gujarati styles. This Palace, built in 1884 from black polished stone, was formerly Chhatrapati Shahu Maharaj’s home.

The museum, which is located on the ground level of this palace, is a must-see for anybody who wants to learn more about the history of the city. Several items formerly belonged to the king, including antiquities. One of the most popular tourist attractions in Kolhapur is the Mahalaxmi Temple, which was built in the 7th century under the direction of the Chalukya dynasty emperors. One of the six residences of the Goddess of Power, also known as “Shakti,” is this temple.

One can find redemption and the satisfaction of their wishes in this sanctuary. One of the important Hindu pilgrimage sites in this nation is this one. If you want to find comfort and accept the tranquillity that emanates from this place, come to the temple. 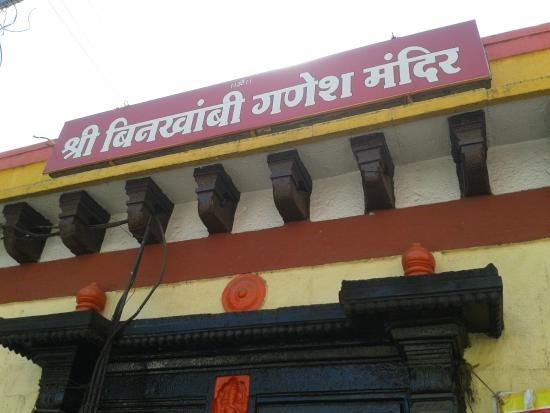 This temple, which was constructed in memory of Lord Ganesha, is the most significant one in Kolhapur after the Mahalakshmi Temple. Because it is built without a single pillar, the temple has a large following of worshippers as well as architecture lovers.

How to Reach: Walk or Trek 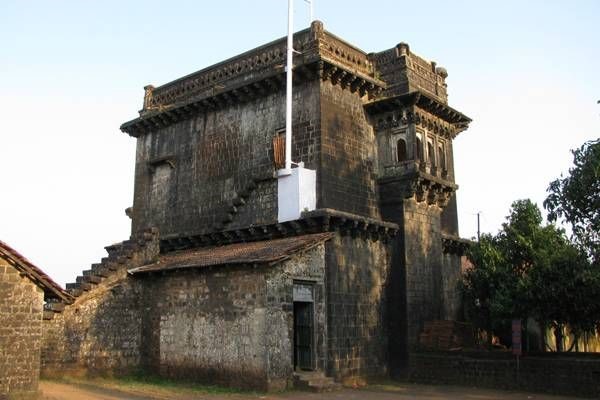 The Panhala Fort in Kolhapur is home to the one-story Sajja Kothi. The monument, which has Mughal-style architecture and is surrounded by beautiful vegetation, was a key strategic location for the renowned king Shivaji. Sajja Kothi, which overlooks the lovely Waranna Valley, is a significant historical site and a well-liked tourist destination in the city. 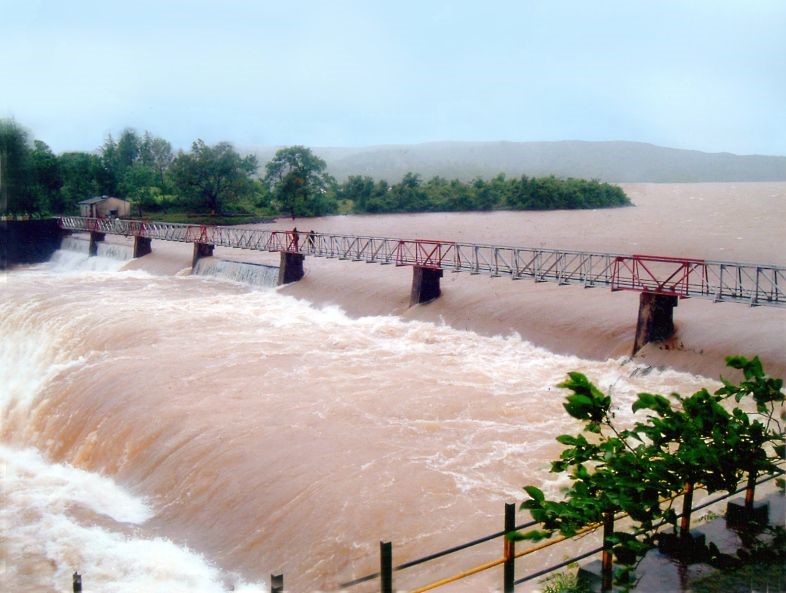 The oldest dam in India was constructed on the Bhogawati River at Radhanagari, close to Kolhapur. The water from the dam is used in several neighbouring settlements in addition to being used for irrigation and generating hydropower. In addition, the dam’s picturesque location makes it a well-liked tourism destination in the community. 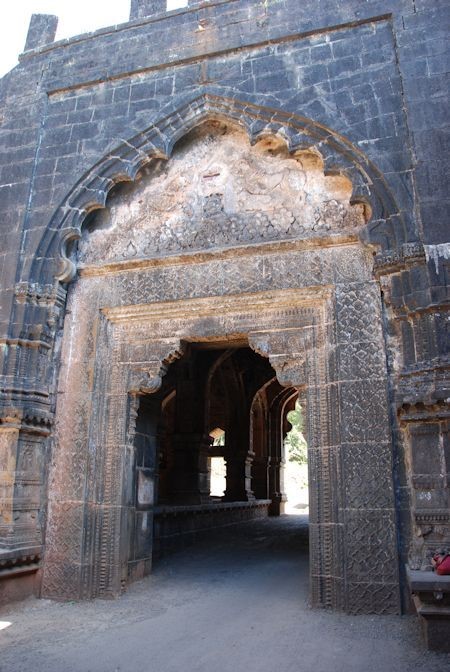 The Panhala Fort in Kolhapur’s Teen Darwaza is the primary entrance gate. A courtyard with an arched entrance separates the two gates of this double gateway. The outside gate features an ornate room atop it with a projecting ceiling.

Ornate sculptures, including one of Lord Ganesh, may be seen on the inner gate. The walls include intricately etched inscriptions.

Best Time to Visit: January to April and September to December

Gadhinglaj, a city on the shores of the river Hiranyakeshi near Kolhapur, is situated at the intersection of the states of Maharashtra and Karnataka. The city, which is also known as South Kolhapure’s administrative centre, is the third-largest in the district.

Places to Visit: Shaniwar Wada, Godchinamalaki falls, and many more 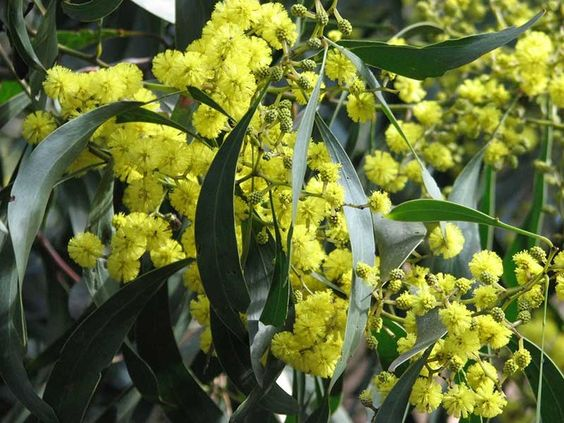 Sagareshwar Wildlife Sanctuary is another destination for animal and environment enthusiasts in Kolhapur. The primary draw of this location in this town is that it is a well-maintained, artificial forest.

The fauna that can be observed living in this sanctuary, which is 11 square kilometres long, was also intentionally introduced here.

But unlike other zoos, these animals are allowed to wander and live here at their discretion. This location is one of the most popular tourist sites because of the variety of plants and animals there. 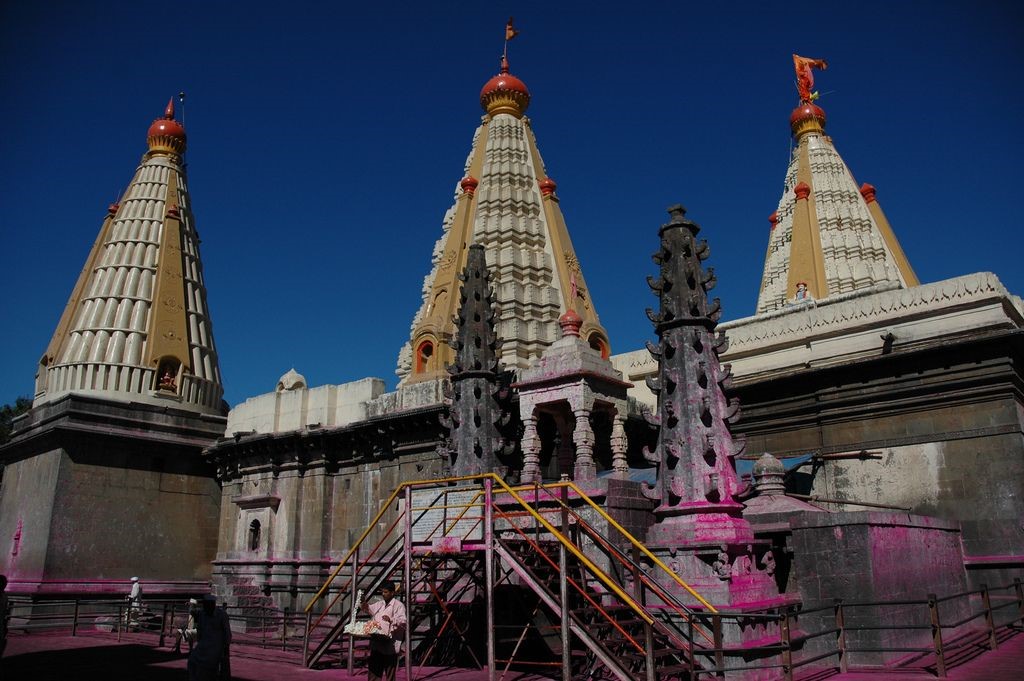 While the façade has a huge flight of steps that pilgrims must climb to get to the main temple, the inside is simple and lovely. A few stores line this hill, which has roughly 100 stairs.

The stores range from those that sell flowers and coconuts to those that offer CDs and images of Lord Jyotiba. In the Hindu months of Chaitra and Vaisakha, this majestic temple celebrates its most important festival.

They take place on this month’s full moon night, earning the name Chaitra Poornima. Every year, on this occasion, all devotees fling and play with gulal. The Jyotiba Temple’s whole hill is then blanketed with gulal, creating a lovely spectacle and an enjoyable festivity.

Best Time to Visit: on Saturdays

What is Kolhapur renowned for?

Kolhapur is well-known for numerous things, including wrestling, jaggery, chappals, and Saaj necklaces. Another well-liked attraction in this town is its cuisine.

What foods are popular in Kolhapur?

In Kolhapur, what can I purchase?

Cotton clothing, leather shoes, sarees, and lots of affordable beautiful jewellery are just a few keepsakes that one may bring home for the family.

Things to do in south Goa

5 of the most popular ways to lay subway tiles