15 places to visit in Chandigarh for a wonderful trip

How many things can one city be? Chandigarh has a good answer to the question by being a city, district, and union territory at the same time. It is also the joint capital of both Punjab and Haryana. Chandigarh was founded post-independence and was a planned city developed by some of the top architects and city planners in the world. The list includes Albert Mayer and Le Corbusier, who were critical in the role of planning and developing the city—impressed yet? A modern city design, unbelievable standards of cleanliness, and a UNESCO World site— what more would you want from a city? Well, even if you don’t want anything more, Chandigarh still has plenty left to offer, with amazing Chandigarh tourist places. So, to help you plan your perfect trip to Chandigarh, here are the top 15 places to visit in Chandigarh.

But, before you get into the list, let’s review the various ways you can get to Chandigarh.

Top 15 places to visit in Chandigarh

The Rock garden of Chandigarh is undoubtedly the number one among Chandigarh places to visit. This garden is completely an open-air art installation made by Nek Chand. All the sculptures you see in this garden are made using industrial and urban waste materials. This garden also has an interlinked artificial waterfall. Yes, you can read that again; however, to find out what it truly is, you have to visit this gorgeous tourist place in Chandigarh. This interesting art and sculpture park is located just 4 km from the city centre.

See also: Best tourist places in the world to visit From rocks to roses, Chandigarh has it all. The Zakir Hussain Rose Garden in Chandigarh is home to over 800 types of flowers and over 32,000 types of trees and medicinal shrubs. If you want to spend some time away from the commotion and hubbub of the city, the rose garden is the best place to visit in Chandigarh. You can take a leisurely stroll down to the Rose Garden as it is conveniently located just a  km from the city centre of Chandigarh. 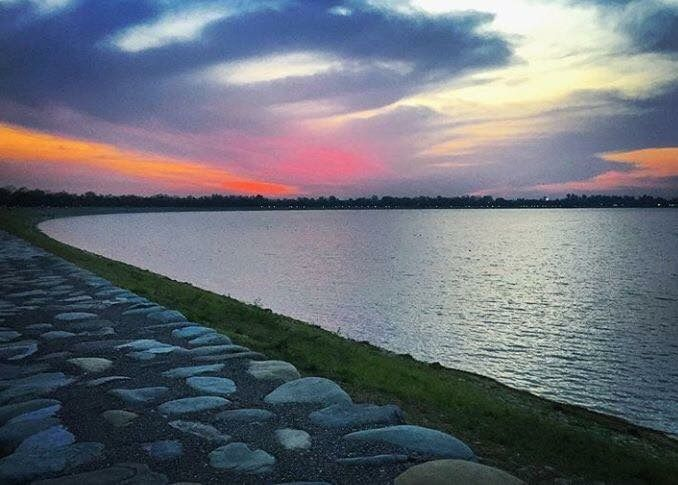 Sukhna lake is one of the premier tourist places in Chandigarh. Much like most things in Chandigarh, this artificial lake is a beauty to behold. Perfectly balancing out this modern city, Sukhna Lake is located less than 5km from the city centre, and it is the perfect spot to spend your evenings. Watching the sunset from this lake is a sight to behold. So, be sure to include Sukhna lake on your list of places to visit at Chandigarh for your next trip.

Source: Cool places in India to escape the summers 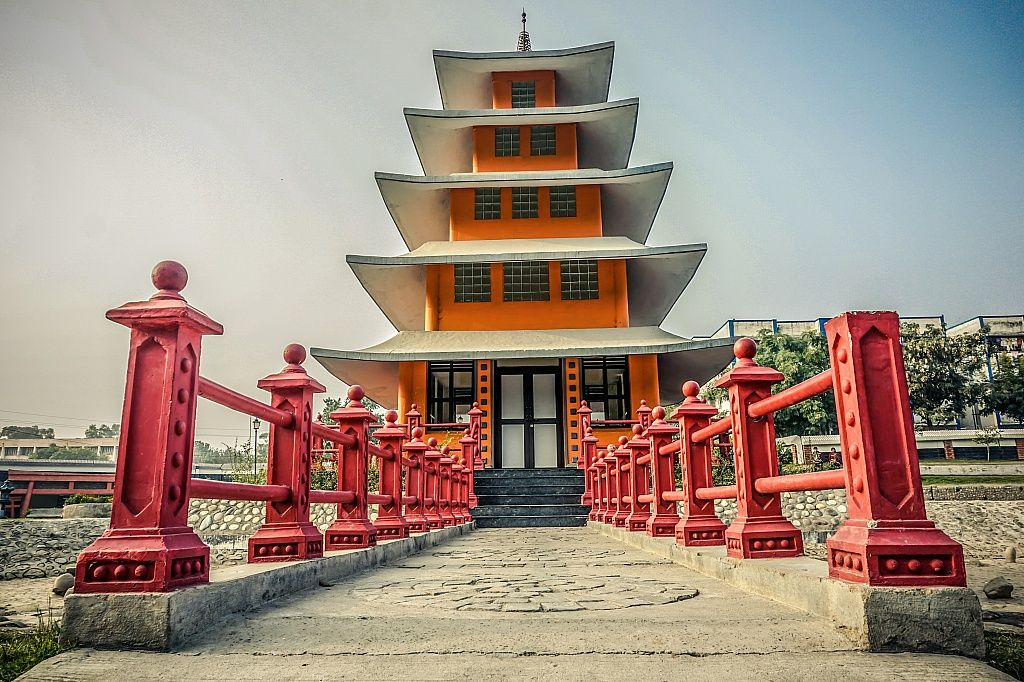 If you want to experience some zen moments in your everyday life and get in touch with your spiritual side, this garden is your ideal Chandigarh tourism place. The Japanese garden in Chandigarh features various monuments such as a Pagoda, meditation centres, water bodies, and parks. The park has two parts which are connected using an underground tunnel. The tunnel walls are also beautifully decorated with Japanese paintings. So, if you are looking for a little Japan in Chandigarh, this garden should be on your list of Chandigarh visiting places. The Japanese garden is located just 3 km from Chandigarh city centre, so be sure to visit this place whenever you are just exploring the neighbourhood. The Chattbir zoo is unlike the other zoological gardens you will see in India. Spread across an area of over 200 acres, the Chattbir zoo tries to emulate the natural habitat of its animals by allowing them to stay in open enclosures. This zoo is perfect for a day trip where you can see an astonishing number of animals and birds. The highlight animal featured in this zoo is the Royal Bengal Tiger. Great for a day outing, this zoological garden is located just 14 km from the city centre of Chandigarh. You will easily find public transport to take you to and from the zoo. The garden of silence is a beautiful garden located close to Sukhna lake in Chandigarh. With a giant statue of Buddha at the centre of the park, this garden is the perfect spot for you to sit down and meditate. The surrounding and the atmosphere of this place is calm and serene, helping you channel your spirituality and take some time off from the world of stress. As one of the top Chandigarh famous places, you should definitely visit this park if it’s your first time in Chandigarh.  This peaceful garden is located just 5 km from the city centre. You can walk down here or find public transport to get to this garden. 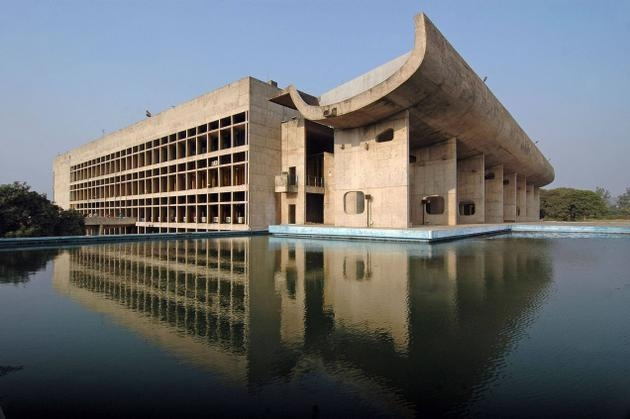 The Open Hand Monument is located on the premises of the Capitol Complex. This art installation was designed by Le Corbusier as an emblem for the Chandigarh government. The open hand signifies peace, prosperity, and unity among all people. The best part? This monument moves with the wind, making it one of the best visiting places in Chandigarh. The open hand monument is also located at a distance of 4 km from the city centre as it is placed inside the premises of the Capitol Complex, as mentioned above. 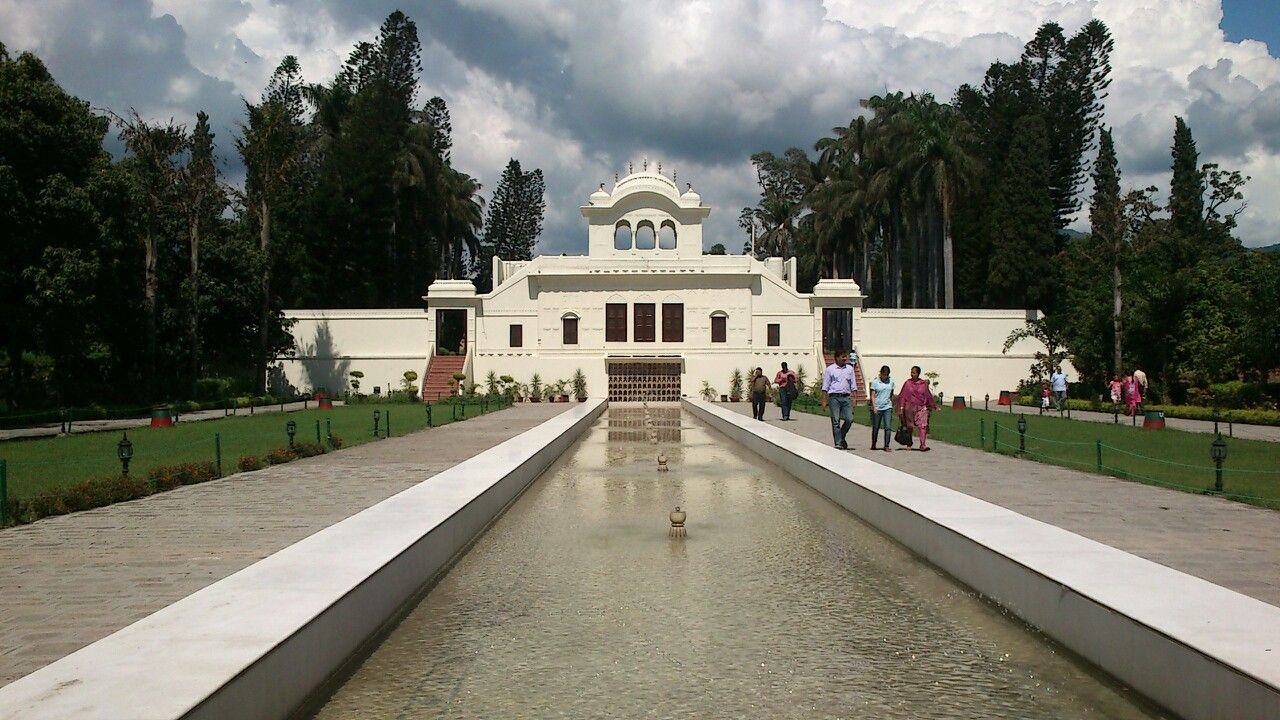 Built in the 17th century by the Mughals, the Pinjore garden is one of the best near Chandigarh tourist places. Located only 14kms from the city centre, this historical garden is well-known for its fountains, well-maintained greenery, and its various water bodies. You will also get a plethora of historical infotainment at this garden, which makes this a trip for both your body and brain. As both a historical monument and exquisite garden, you should consider this as one of the best Chandigarh near places to visit on your next trip. This ancient garden is located just 14 km from the city centre of Chandigarh. The tank monument of Chandigarh features tanks that were captured in battle with Pakistan in 1965, during the Indo-Pak war. This M46 Patton tank is a tribute to the Indian armed forces, who on several occasions protected the country against Pakistani attacks. It is a proud memorabilia of our history, and you will indeed feel the pride for your motherland when you visit this monument. Located very close to the city centre at a distance of only 2 km, this monument is one of the most patriotic tourist places near Chandigarh. The Fateh Burj is the tallest tower and minar in India. Located in Mohali Punjab, this tower was built in 2011 as a dedication to the Sikh guru Baba Banda Bahadur Singh, who fought in a war against Mughal emperor Wazir Khan. The Fateh Burj is also close to the war memorial for the battle of Chappar Chhiri, which was the war between the Sikhs and Mughals. This is an excellent modern monument and one of the top tourist places near Chandigarh. This modern architectural monument is located just 11 km from the city centre of Chandigarh, so make sure you visit it at any time during your stay in the city. 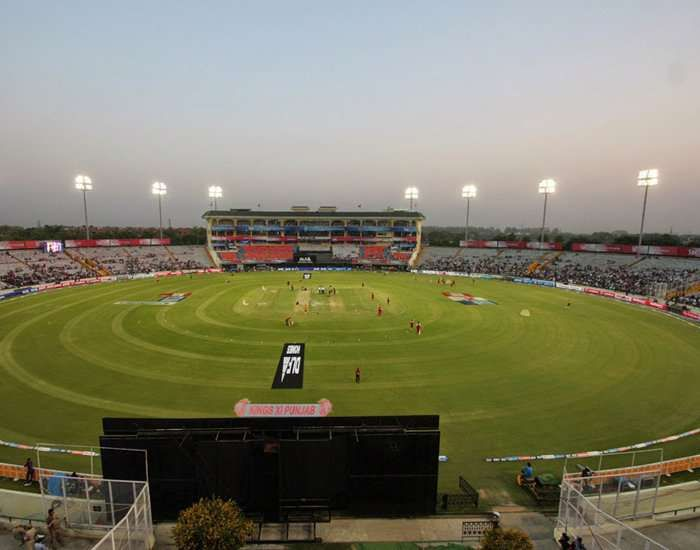 Home to many memorable and historically significant cricket matches, the Mohali cricket stadium is a must-visit for cricket lovers.  Located 6kms away from the city centre, the Mohali cricket stadium is the home to the Kings XI Punjab IPL team. The stadium hosts various cricketing events throughout the year, so if you visit at the right time, you may be able to enjoy a thrilling cricket match with an audience of over 29,000 people. Is Chandigarh good for tourism?

Yes, certainly, Chandigarh is a beautiful city as it is completely planned. Apart from the beautiful cityscape, you can also find lovely tourist destinations spread across Chandigarh.

Is Chandigarh in Haryana or Punjab?

Chandigarh is in neither, actually. It is a district and a union territory by itself. However, it serves as a joint capital of both the states of Punjab and Haryana.

Is Chandigarh the most beautiful city?

Yes, it is the best-planned city in India, and it was developed and designed by some of the most popular architects from Europe and America. To learn more about the beauty of Chandigarh, be sure to visit the city.

DIY terrazzo side table: Make your own luxe stone side table