Arunachal Pradesh is one of the most beautiful states in the Indian subcontinent. The state is wholly located in the Himalayas and houses some of India’s most prominent hill stations and tourist destinations. The main peak of Arunachal is the Kangto peak which lies at 7,060 metres above mean sea levels. Tourists come to Arunachal Pradesh almost all around the year to experience its majestic beauty and pleasant weather.

You can reach Arunachal Pradesh:

By Air: Guwahati’s Lokpriya Gopinath Bordoloi International Airport is the nearest international airport to Arunachal Pradesh and is the best route for international travellers. Additionally, you can also take domestic flights to Guwahati Airport from any part of India.

By Rail:- Arunachal is situated on the mountain slopes, so it doesn’t have a railway network for connectivity. The nearest railway station is the Guwahati Station which is connected to other parts of India. You have to reach Guwahati station or Tezpur station and then take a cab ride to Arunachal Pradesh.

By Road:- Travellers who want to take a road trip to Arunachal Pradesh can follow the NH715 highway from Guwahati. The route is extremely beautiful and has a complete view of the green hill slopes.

If you are planning to take a tour here, you need to check these top Arunachal Pradesh tourist places in the state:-

Ziro is a beautiful green town located in the Lower Subansiri district of Arunachal Pradesh. Currently, in consideration of UNESCO’s World Heritage Sites, the town is known for its rich Apatani cultural landscape. Ziro is a small town that is also the home to the Apa Tani tribe. The beautiful rice fields and forests around this small hill station make it one of the Arunachal Pradesh tourist places in India.

Additionally, the pleasant climate attracts a large number of tourists who also come here for various adventure sports like trekking and camping. The green hills and the amazing hospitality of the people at Ziro will undoubtedly make your vacation one of the best you have ever had. A short ride from Itanagar via Joram – Palin – Sangram – Koloraing Road will take you to Ziro Valley. 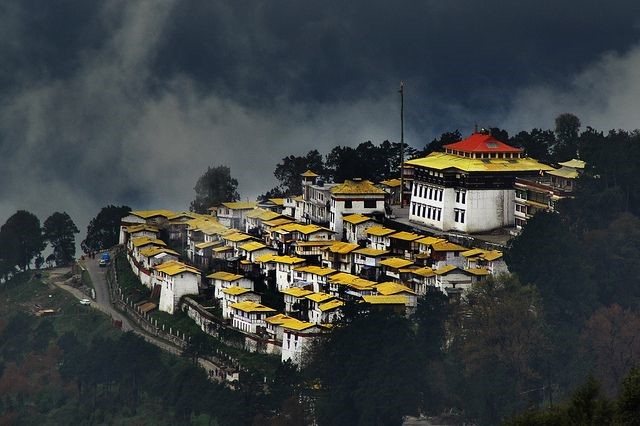 Tawang is located in the capital city of Itanagar in Arunachal Pradesh. The town is famous for the Tawang Monastery, which was founded by Mera Lama Lodre Gyatso in the 17th century. The Monastery had also been a refuge for the Dalai Lama, who came here after escaping from Tibet.

Tawang is situated at an elevation of over 3000 metres above mean sea levels and surrounded by the Himalayas. Tawang has a unique collection of beautiful places like Panga Teng Tso lake, Giant Buddha Statue, Taktsang Gompa Tawang, Chazzam Bridge, and so on. You can visit Tawang and stay over at the luxurious resorts or humble homestays, which provide spectacular views of the mountains around.

You can reach Tawang through the picturesque NH13 highway from Itanagar in Arunachal Pradesh. Itanagar is the largest city and the state capital of Arunachal Pradesh. Located at the foothills of the Himalayas, the city is one of the most picturesque hill stations in the country. The mediaeval Ita Fort is one of the top attractions of the region and draws many tourists all around the year.

The place is also known for its majestic pine forests, which border every side of the roads and residences in the city. Itanagar is easily connected by roadways and can be reached from various parts of India and abroad. Some of the popular places to see here include Ita Fort, Indira Gandhi Park, Gompa, etc. The Namdapha National Park is also located near this city. The best way to reach Itanagar will be a road trip via NH 27 from Guwahati. Roing is located in the Lower Dibang Valley of Arunachal Pradesh. This small and beautiful city is known for its lakes and breathtaking woods, which take different colours at different times of the year. It is one of the major towns in Arunachal and has a moderate population density for a hill station.

It is located near the Assam border and is pretty easily accessible by road. The town is also a major hub of adventure sports, especially trekking and hiking activities. When in Roing, you need to visit Deopani Park,  Roing Zoo, Nijomaghat, Chimiri Fort, etc. The Mehao Lake is a must-visit here and one of the top Arunachal Pradesh tourist places in the state. Roing is situated in a fairly remote location and can be reached by the NH 15 and NH 515 highways from Itanagar. Bomdila is located in the West Kameng district in the state of Arunachal Pradesh. The town has an average elevation of 2415 metres and is home to the tribes of Aka (Hrusso), Miji (Sajalong), Monpa, Sherdukpen, and Khawas. Located under 180 km from Tawang, the district is accessible via NH13 highway.

The city has a moderate population and draws a large number of tourists due to its scenic beauty and the breathtaking views of the hills. The town is also home to a large number of Buddhist monasteries that can be explored by tourists. If you visit Bomdila, make sure to check out Bomdila View Point, Bomdila Monastery, Ethnographic Museum, RR Hills, and Gentse Garden Rabgyel Ling (GRL) Monastery. 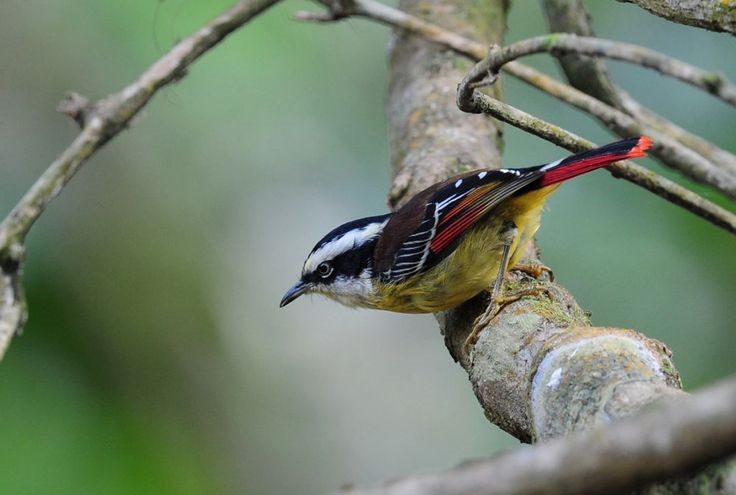 Namdapha National Park is a famous sanctuary and Tiger reserve located in Arunachal Pradesh. The national park is spread over an area of 1,985 sq km and is home to about 1,000 floral and faunal species. The national park is rich in biodiversity and forms an important conservation site in the Eastern Himalayas.

The national park acquired its status in 1983 and later became a Tiger Reserve in the same year. You can take a guided tour of the national park and explore its diverse flora and fauna. Some of the important animals found here include black bears, elephants, Eurasian otters, red fox, fishing cat, stump-tailed macaque, etc. To reach Namdapha National Park, you can take an overnight bus or cab ride from Itanagar via NH15. 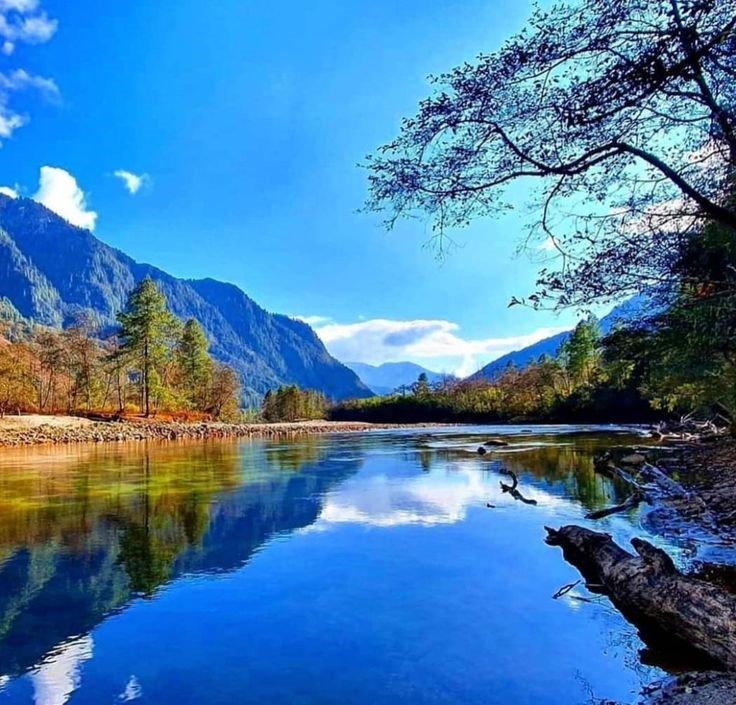 Anini is situated in the Dibang Valley district and is located close to Roing in Arunachal Pradesh.  Anini is a quaint and remote town that is mostly underdeveloped due to poor connectivity. However, its unexplored and untouched landscape is what makes it one of the best Arunachal tourist places for travellers.

Anini is a hidden gem in Arunachal and not for the faint-hearted. You have to traverse uneven roads and reach the place after taking a road trip from Roing via NH 313. You can follow some well-established trekking routes to the interiors of the town and explore places like Mehao Wildlife Sanctuary. The Sela Pass is a high-altitude mountain pass located in the state of Arunachal Pradesh. Situated at the juncture of Tawang and West Kameng districts, the pass has an elevation of 4170 m and serves as an important road link from Tawang to Dirang and Guwahati. You can travel to the pass via NH13 from Tawang City.

The pass stays snow-covered for almost the entire year and allows very little vegetation to grow around it.  The Sela Lake, located near the summit, is sacred in Tibetan Buddhism and a popular tourist attraction apart from the pass itself. You can travel to Sela Pass from Tawang and return on the same day. Keep in mind that there are no provisions to stay at the pass due to dangerous weather situations. Bhalukpung is another quaint town located on the majestic Himalayas in Arunachal Pradesh. Located in the West Kameng district, the town lies almost 213m above sea level. The Kameng river flows through its heart and provides ample picnic spots for tourists and travellers.

People come here to enjoy adventures like Angling and river rafting. Bhalukpong is also located close to Tawang and Bomdila, so you can combine the three places for a perfect itinerary. The top tourist attractions in and around the Bhalukpong area will include Bhalukpong Fort, Pakke Tiger Reserve/Sanctuary, and Tipi Orchidarium.

You can also opt to stay back here at the jumble homestays, which are located in the hills nearby. Bhalukpong lies within 200 km from Itanagar and is accessible via NH 15 highway. Pasighat is a part of the East Siang district in Arunachal Pradesh. The town is located just about 155 metres above mean sea level on the slopes of the Himalayas. Pasighat is one of the oldest towns in Arunachal. Pasighat was established in 1911 A.D and served as a getaway for Englishmen in colonial India. The value of the town rapidly depleted when the capital cities of Itanagar and Shillong were established.

However, the town still continues to be one of the best Arunachal tourist places with an unattached scenic beauty. The town will provide you with a unique experience of the mountains and provide some much needed respite from the fast life in cities. Some of the best places to see in Pasighat are Daying Ering Wildlife Sanctuary, Pangin, and Kekar Monying. Travellers can take a train to MurkongSelek Station and then avail a short cab ride to reach this beautiful tourist destination. The Bum La Pass is a border pass that divides India from China. The pass lies between China’s Cona County in Tibet and India’s Tawang district in Arunachal Pradesh. Located only a few kilometres from Tawang on Bumla Road, the pass is an important border and security point in India. Entry to the Bumla pass is only permitted for people who will seek permission from the Indian army.

Tourists with a permit will be able to explore parts of Bumla pass and the lake, which is situated nearby. You compulsorily need a permit from the Indian army to gain entry into Bumla Pass, even if you are an Indian citizen. One thing to remember when visiting the area is that there is poor connectivity in Bumla Pass, and the roads are very uneven and dangerous. 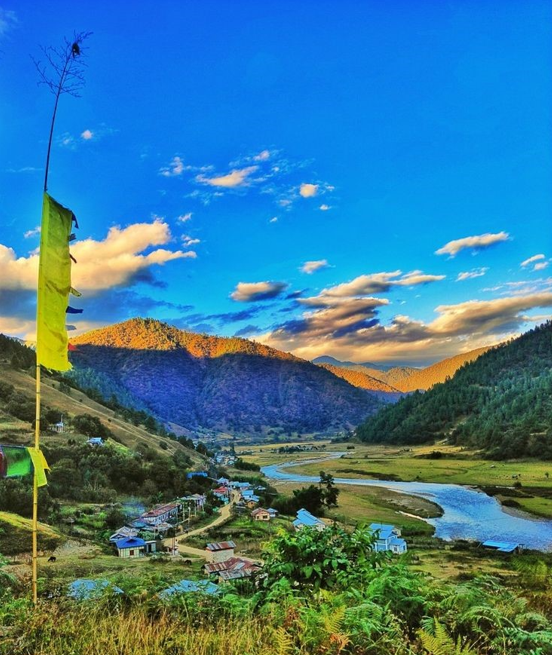 The Sangti Valley is a popular choice among the major Arunachal tourist places in the country. However, Sangti Valley remains relatively crowd-free and offers a very peaceful abode for all travellers who come here. This breathtaking hill station is surrounded by the Himalayan mountainous ranges, and lucky tourists may even experience snowfall in the winters.

The Sangti Valley is dotted with green forests and clear hill rivers which pass through the town. You can visit Sangti Valley to enjoy the untouched beauty of the mountains and hills in Arunachal Pradesh. You can also opt to stay over and learn more about the culture of the locals who reside here. To reach Sangti Valley, you can take a cab ride from Tawang via the NH13 highway.

Is Arunachal Pradesh worth visiting?

Arunachal Pradesh is one of the most beautiful hill states in India. The snow-covered peaks of the Himalayas and the lush green valleys definitely make the state worth visiting.

What is the best time to visit Arunachal Pradesh?

The best time to visit Arunachal Pradesh is during the months of April and May. Tourists are advised to avoid the monsoons due to the high possibility of landslides.

What are the best places to visit in Arunachal Pradesh?

The best places to visit in Arunachal Pradesh include Ziro Valley, Tawang, Sangti Valley, and Itanagar.