Places to visit in Trivandrum and things to do

Trivandrum is the capital of Kerala and is also known as Thiruvananthapuram. It is acknowledged for its unique architecture, which holds the essence of the British colonial era. Trivandrum, has a vast knowledge industry and is home to eminent research and development organisations of both national and international reputation like Regional Research Laboratory, Electronics Research and Development Centre India ER & DCI, the Vikram Sarabhai Space Centre which is a key division of the Indian Space Research Organisation (ISRO) and many more.

It also features the Kuthiramalika Palace decorated with carved horses which exhibit treasures belonging to the Travancore royal family, whose provincial capital was located here from the 18th to the 20th century. The location has excellent rail, road, and air connectivity to most of the other major Indian cities.

By air: The closest airport is Trivandrum International Airport. The distance between the airport and the railway station is only 6 kilometres, and it has excellent connections to all important cities in India and other countries.

By road: Thiruvananthapuram may be reached from Kochi, Kozhikode, Mangalore, and a number of other cities in Kerala through NH-66. Regular services are available from important cities including Chennai, Bangalore, Madurai, and Coimbatore. Kerala tourism operates a wide variety of buses, from volvos to premium buses.

Nearly the entire year, the weather is consistent in Thiruvananthapuram. As a result, the climate will shift less frequently. The greatest time to visit Thiruvananthapuram, nevertheless, is from October to March because the temperature is quite pleasant then.

Some of the best places to visit in Trivandrum are the Padmanabhaswamy Temple, the beaches of Kovalam and Varkala, the Ponmudi tracts of the Western Ghats, the Agastya Mala, etc. Here are some of the top tourist places in Trivandrum and the reasons to visit them.

Sree Padmanabhaswamy Temple, one of the 108 Divya Desams, is situated in Thiruvananthapuram. The temple, which has a gold-plated exterior, is solely accessible to believers of Hinduism. It is dedicated to Lord Padmanabha, an avatar of Lord Vishnu and is one of the main locations for Vaishnava devotion.

The Padmanabhaswamy temple is a well-preserved ancient structure created as a replica of the Adikesavaperumal Temple in Thiruvattar. Devotees say that this temple has been around since the Kali Yuga. The Bhagwad Gita also refers to the Padmanabhaswamy Temple. According to the scripture, Balarama, Lord Krishna’s elder brother, frequently visited the temple, took a bath in the Padmatheertham, and offered countless offerings to the deity.

See also: 10 best tourist places to visit in Kerala and things to do 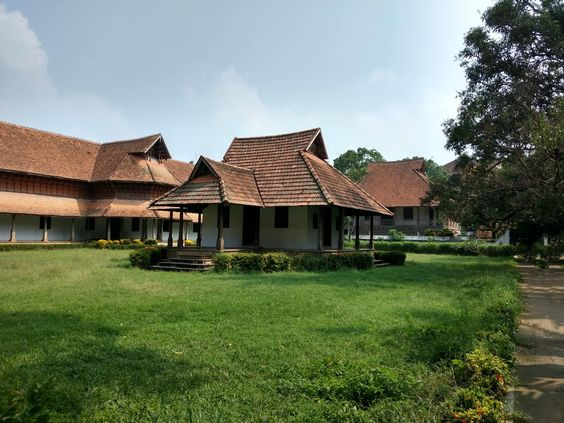 The most unique example of craftsmanship can be found in Kuthiramalika Palace Museum, which is close to Padmanabhaswamy Temple. This palace, built by Maharaja Swathi Balarama Varma, showcases royal family possessions. The building at this museum is a prime example of traditional Travancore design.

Visitors can expect to see magnificent furniture, Kathakali figures, paintings and Belgian mirrors. The two royal thrones, one made of ivory and one of Bohemian crystal with a “Conch” insignia etched on the backrest, are the museum’s highlights. Visit this place if you’re interested in learning about their culture and history. It is one of the famous Thiruvananthapuram tourist places. 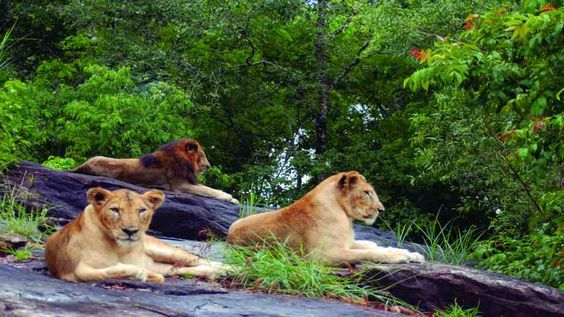 Neyyar Dam & Wildlife Sanctuary has a Crocodile Rehabilitation and Research Centre, a Lion Safari Park, a Deer Park and a lovely Watch Tower. It is home to more than a hundred species of fauna such as the Asian Elephant, Tiger, Leopard, Slender Loris, and other reptiles and amphibians. It is among the best places to visit in Trivandrum that anyone who loves nature and animals should explore. Boating and Trekking offers a stunning view of the surroundings. To fully appreciate this location, it is recommended to take a guided tour. 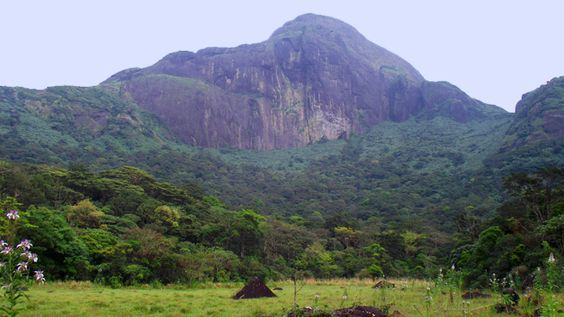 The second highest peak in Kerala, Agasthyakoodam, also referred to as Agastya Mala, rises to a height of 1868 metres. Agasthyakoodam, a section of the Agasthyamala Biosphere Reserve, is situated inside the Neyyar Wildlife Sanctuary and is renowned for its extraordinary natural beauty. The area has an abundance of avifauna and exotic birds, making it an amazing destination for bird lovers. It is also home to a variety of fauna and rare types of medicinal herbs. The mountain serves as a significant Hindu pilgrimage site for followers of the Hindu sage Agastya, after whom it was titled. At the peak, there is a statue of him where devotees can pray and perform puja. Poovar is a small village with golden sand beaches, picturesque backwaters, 27 kilometres from Thiruvananthapuram. Between the Neyyar River and the Arabian Sea sits the island of Poovar.  This location is ideal for spending time in nature and with friends and family. The island offers massages and Ayurvedic treatments to its visitors. A must-do activity is getting into a boat and travelling through the mangrove forest of the backwaters, particularly around dusk. Except for the monsoon season, swimming is permitted here all year. In addition, Poovar Island is a resort with a lot of accommodation options. 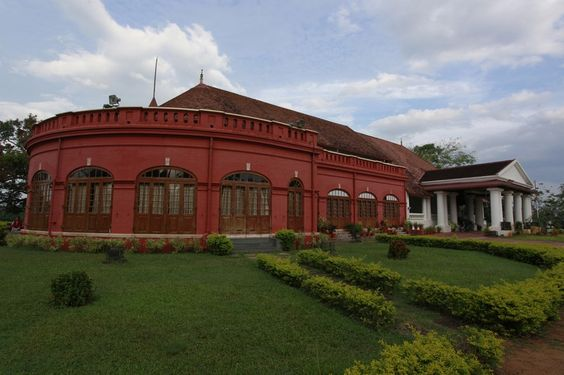 Kanakakunnu Palace is one of the best tourist places in Trivandrum and is a masterpiece of architecture. It serves as a warm host to a wide range of cultural events, conferences, and programmes and is situated in the centre of the city. It was once the site of numerous significant galas during the reign of the former king of Travancore, Sree Moolam Thirunal, and it continues to be of that significance even today. It plays a significant role in the affairs of the city because of its proximity to various tourist attractions, including the Napier Museum and Trivandrum Zoo. 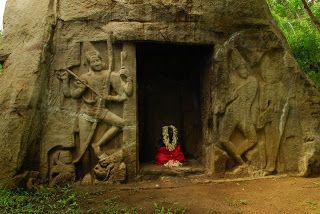 One of the most popular tourist places in Trivandrum is the Vizhinjam Rock Cut Cave Temple, which is located 17 kilometres from the city. This single-celled rock carving from the eighth century features the deity Vinadhara Dakshinamurti. The Bhagavathy Temple is a famous temple that is close to the Vizhinjam Rock Cut Cave Temple. This sacred site was built between the ninth and tenth centuries AD. You should also visit a nearby Vizhinjam Marine Aquarium with rare ornamental fishes. Napier Museum is located in the centre of the city near the zoological park. This art and history museum was founded in 1855 and is named after Lord Napier. The museum is constructed in Gothic architecture. You can find an amazing collection of  jewellery, idols, chariots, and ivory carvings in the museum. One of India’s first zoological gardens is located in this museum and the museum provides insight into Kerala’s rich history and culture. This museum must be visited by anyone who is curious about the history, architecture, and cultures of various regions. It is therefore among the top trivandrum tourist places. 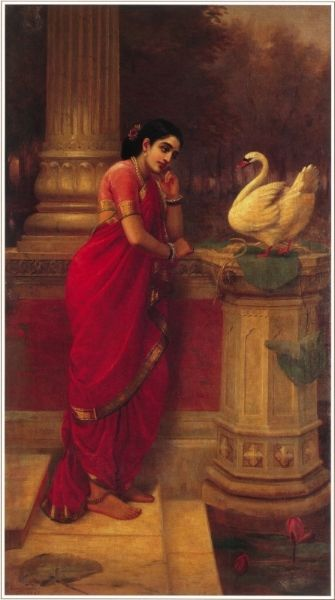 A well-known art gallery and one of the most popular tourist places in Trivandrum, Sree Chitra Art Gallery was established in 1935 in the Napier Museum’s northern premises. The ceremonial opening of the art gallery was performed by Chithira Thirunal Balarama Varma, the last Maharaja of the Princely State of Travancore. Raja Ravi Verma, commonly known as “The Father of Modern Indian Art,” was a very well-known painter of the 18th century, and Sri Chitra Art Gallery is the ideal location for art aficionados to view some of his famous works. His paintings of Indian life are popular in this region. You can also see numerous works of art from the Tanjore, Rajput, and Mughal art schools. 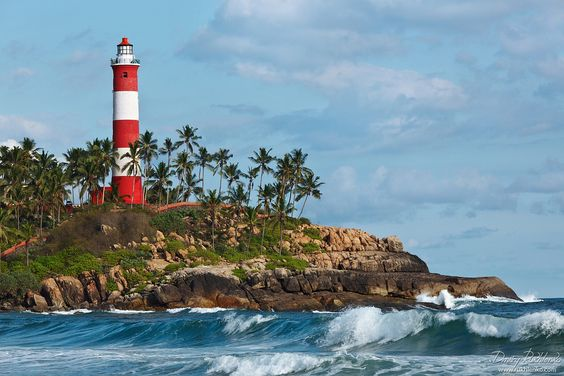 10 kilometres from Thiruvananthapuram, on the Kurumkal hilltop, is where you’ll find the Vizhinjam Lighthouse. The very well-known and breathtaking Vizhinjam Lighthouse was built in 1925, and it is located 57 m above sea level. To get to the top you will have to climb almost 144 winding steps and a steel ladder. Once you’ve climbed to the top of the lighthouse, you can view some breathtaking sights.  It features a number of stunning views of the lovely Lighthouse Beach in Kovalam, Eve’s Beach or Hawa Beach, Edakkallu rock formations, the Arabian Sea on one side and the canopy of coconut palms on the other, as well as many more beautiful beaches and other natural features. This is one of the best tvm tourist places. 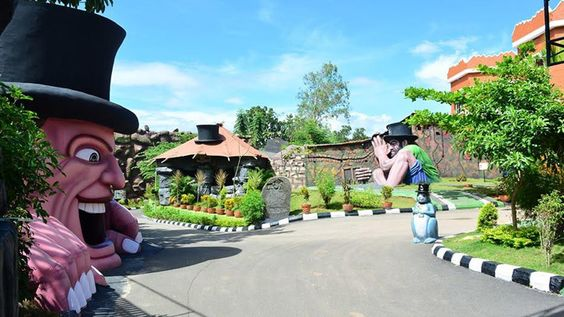 Magic Planet is a real pleasure for anyone who is curious and loves to learn new things. It is located at the Kinfra Film and Video Park. On October 31, 2014, Mr. Oommen Chandy, the former Chief Minister of Kerala, inaugurated it. The Magic Planet wants us to use our basic knowledge of science and view the lovely art of magic as a segment of practical maths and mind-blowing science in order to shift our perspective on magic from one of mystery to one of science.

The Magic Planet, which covers a huge 1.5 acres, is home to numerous intriguing attractions with amazing concepts and flawless presentation that will leave you amazed. It is one of the best tourist places in Trivandrum. 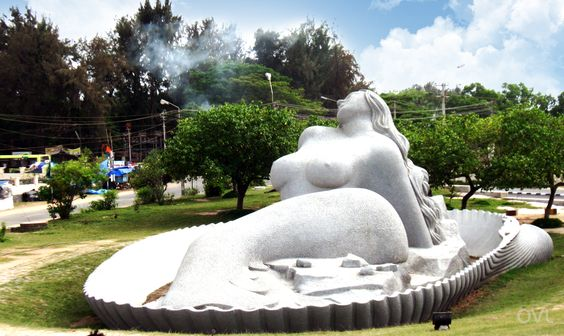 For those seeking peace of mind, Shanghumukham Beach is the perfect location. This beach is well-known for its breathtaking sunrises and sunsets because it is far from the city’s clamour.  It is right adjacent to the Trivandrum airport and a must-see location for anyone looking to relax and have fun. Therefore, it is one of the most popular places to visit in Trivandrum. The Science and Technology Museum was established in 1984 and is renowned for the technological wonders it exhibits. It features galleries on mechanics, solar energy, power & motion,  electricity, electronics, automotive, biomedical engineering etc. It is one of the best places to visit in Trivandrum, especially for science enthusiasts. 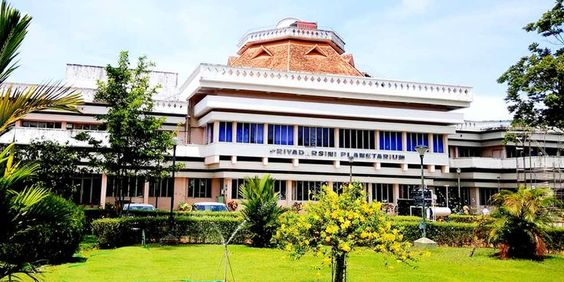 The museum is situated inside the Kerala State Museum of Science and Technology. The Priyadarshini Space Planetarium, one of India’s most popular and versatile planetariums, opened in 1994. It is equipped with cutting-edge technology that enables the projection of all the elements of the cosmos. This planetarium provides important information about the Earth and the vast universe.

The Man and the Universe, which depicts the evolution of astronomy, the composition of the planets, and ultimately the genesis of the universe, is one of the key shows presented here. Other programmes likewise depict the beginnings and evolution of stars. Its most intriguing feature is that it can simulate the starry night sky on any area of the earth. It is one of the best places to visit in Trivandrum for people who are interested in astronomy and science. 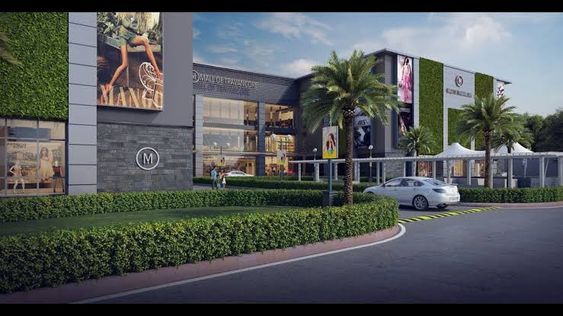 The Mall of Travancore is the most renowned mall in Trivandrum and is located in the city’s centre. It includes three levels with more than 300 retail establishments and outlets, and it is the first green mall in the country. It has distinguished itself as the finest destination in the city for dining, shopping, and entertainment, everything under one roof.

The Padmanabhaswamy Temple, the beaches of Kovalam and Varkala, the backwaters of Poovar and Anchuthengu, and its Western Ghats tracts of Ponmudi and the Agastya Mala make it a popular tourist destination.

How long is enough time in Trivandrum?

Ideally, you should schedule a 3-5 trip to Trivandrum. That should be enough time to see all of Trivandrum’s major attractions.

Places to visit in Gokarna for a memorable trip

Top Vellore tourist places to see during your visit to the southern city.

Top Vellore tourist places to see during your visit to the southern city.